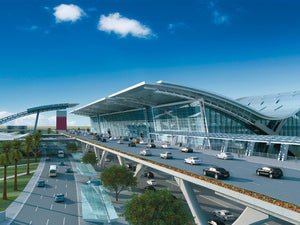 The opening of New Doha International Airport (NDIA) in Qatar has been pushed back to the second half of 2013, from the initial date of 12 December 2012.

The delay has been blamed on a number of setbacks including the recent termination of a $245m fit-out contract with Lindner Depa in June 2012.

Qatar Airways CEO Akbar Al Baker was quoted by The Moodie Report as saying that some NDIA facilities will open around the end of this year, including cargo, the VIP Terminal and the maintenance base for Qatar Airways.

"And we have already started the operational readiness programme; the ORAT [Operational Readiness and Airport Transfer] has begun," Al Baker said.

NDIA is currently undergoing the first phase of expansion, with anticipated completion by 2013, which will increase the old Doha facility.

According to NDIA, the expansion will initially allow it to serve 24 million passengers and 2 million tonnes of cargo per year and is expected to serve around 50 million after it becomes completely operational.

Expansion includes the addition of 80 contact gates, as well as 25,000m² of retail space, lounges, and multi-storey short-term and long-term parking spaces.

The new airport will also feature two runways, one of which, at 5,400m, is claimed to be the longest in Western Asia and one of the longest in the world.

According to the airport, the $14.5bn expansion project will be implemented in phases with completion anticipated for 2015.

Image: NDIA’s new cargo, the VIP Terminal and the maintenance base for Qatar Airways are expected to be opened by late 2012. Photo: SmithsDetection.