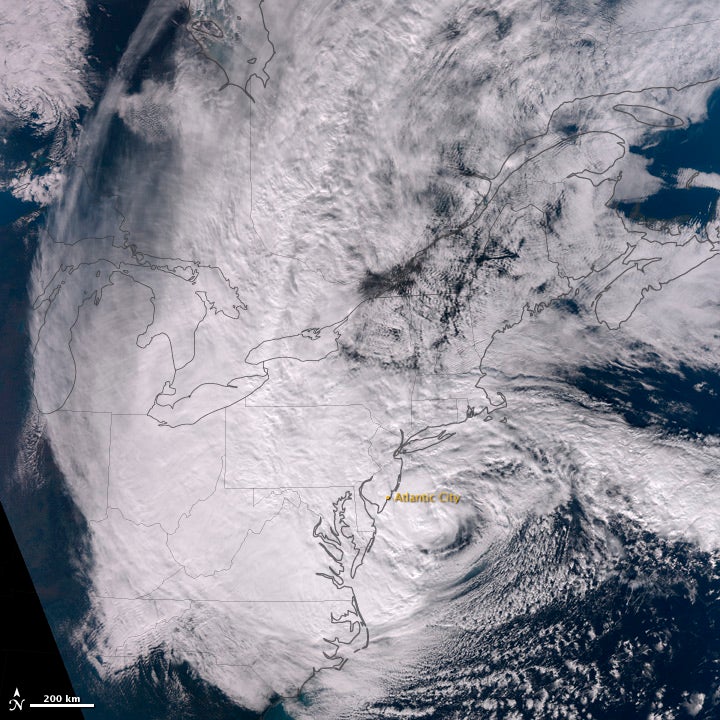 Thousands of flights have been cancelled to and from north-eastern airports in the US after Hurricane Sandy hit the eastern coast.

According to flight tracking service FlightAware, 13,785 flights have been cancelled due to Sandy.

1,300 flights were cancelled to/from/within the US on Sunday, with Newark Airport being the most affected with 307 cancellations.

Around 7,670 flights were cancelled to/from the US on Monday, with Philadelphia Airport being the worst hit with 1,259 cancellations.

Three airports in the New York area have been also affected badly with around 1,100 flights cancelled in each of the airports.

FlightAware estimates that 4,815 flights have been cancelled to/from/within the US on Tuesday and the number could grow depending on the intensity of the storm.

Current flight cancellations now number more than those cancelled due to Hurricane Irene in 2011.

The three airports, including John F. Kennedy (JFK), Newark and LaGuardia, have been asked to remain closed until further notice as increasing flood waters washed across parts of the city. Many passengers are now stranded in cities across the globe.

The US Federal Aviation Administration (FAA) Communications’ Kathleen Bergen said the FAA is continuously monitoring Hurricane Sandy and will take steps to prepare and protect FAA facilities and equipment in the projected path of the storm, including control towers, radars and navigational aids.

"The FAA Air Traffic System Command Center will maintain constant communications with the airlines, the military, business aviation and airports in the storm’s path," Bergen said.

Cancellations include JetBlue Airways’ 1,200 flights for Sunday through Tuesday and Delta Air Lines’ 2,100 flights over the three days, while many airports including Frankfurt and Narita International have cancelled flights, with others suffering major delays.

According to National Oceanic and Atmospheric Administration predictions, Sandy is expected to affect conditions all through coastal areas along the Eastern Seaboard, with the strongest impact being felt in New Jersey and the New York City area.

Image: The normal operations, following the effect of Hurricane Sandy, are expected to be days away. Photo: courtesy of Jesse Allen, Suomi NPP – VIIRS.