The Airports Authority of India (AAI) has requested tenders from interested and experienced firms for expanding the existing terminal building at Surat International Airport in the state of Gujarat.

The building expansion is aimed at accommodating growing passenger traffic. It would be equipped with better amenities to support hassle-free operations of airlines, reported timesofindia.indiatimes.com.

Passenger traffic at the airport has grown steadily after AirAsia and IndiGo launched new flights to various destinations.

Airlines that include Air India, AirAsia, IndiGo, SpiceJet, Air Odisha and Ventura Airconnect operate around 46 flights a day from the airport to various destinations. 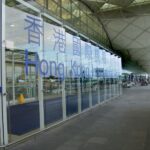 RTI activist Rajesh Modi was quoted by the publication as saying: “The expansion of terminal building is targeted to be completed within 600 days, which roughly means that the new building will be ready by Diwali in 2020.”

“The expansion of terminal building is targeted to be completed within 600 days.”

Currently, the existing terminal building covers 3,600m². Under the proposal, nearly 5,746m² will be added on both sides of the airport that will take the total area to 9,346m².

The carpet area’s first floor of the terminal building will be extended from the existing 3,200m² to 6,172m².

Scheduled to become operational by 2020, the expanded terminal building will be developed with an investment of Rs1.57bn ($21.5m), official sources told the publication.

The deadline for submitting tenders is 24 December. They will be opened on 4 June next year to select the final bidder.

AAI has allocated Rs2.5bn ($34.21m) for the development of Surat Airport and to expand international operations.