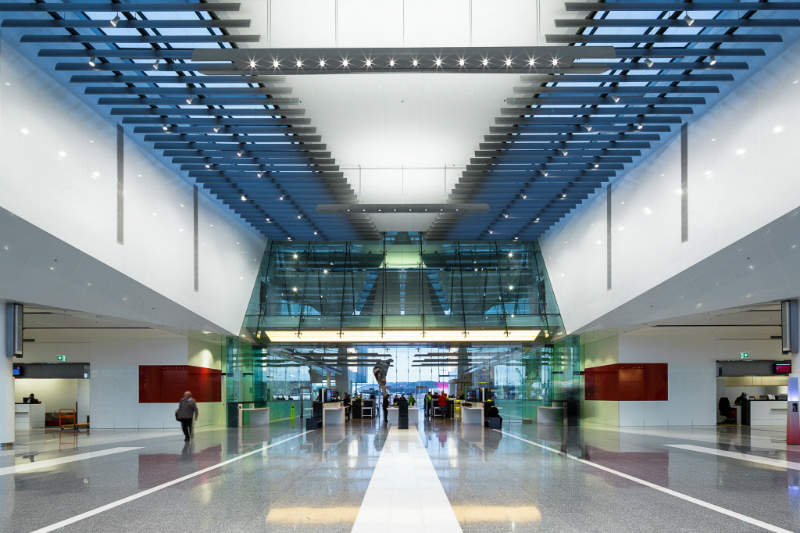 The company’s R&D department and designers are dedicated to meeting the client’s individual requirements for airport terminals, lounges, shops and offices.

Lindner’s steel and glass business division completes our portfolio for building envelopes. Together with Lindner Façades and Lindner Roofing Systems, the company is now a comprehensive supplier of interior and exterior design solutions.

Lindner’s interior products for lounges include metal ceilings, partitions, floor systems, and furniture. These can be installed along with integrated technologies, such as heating / cooling and lighting systems, to adapt lounges for maximum comfort.

The company is also experienced in outfitting shops and offices, providing visually appealing storefronts to attract customers, and highly-effective acoustic solutions for offices.

Lounge projects are handled as turnkey or single-package solutions depending on client specification.

Since 1965, Lindner has been involved in the design, fabrication, supply and / or installation, and project management of interior outfitting.

UK-based façade company Schmidlin has been part of the Lindner team since April 2006.

A former subsidiary of Schmidlin, Fassadentechnologie has set new standards in façade technology worldwide over the last 25 years.

The Lindner Group’s building envelope specialists at Prater in Surrey, UK, is experienced in designing and installing roofing systems.