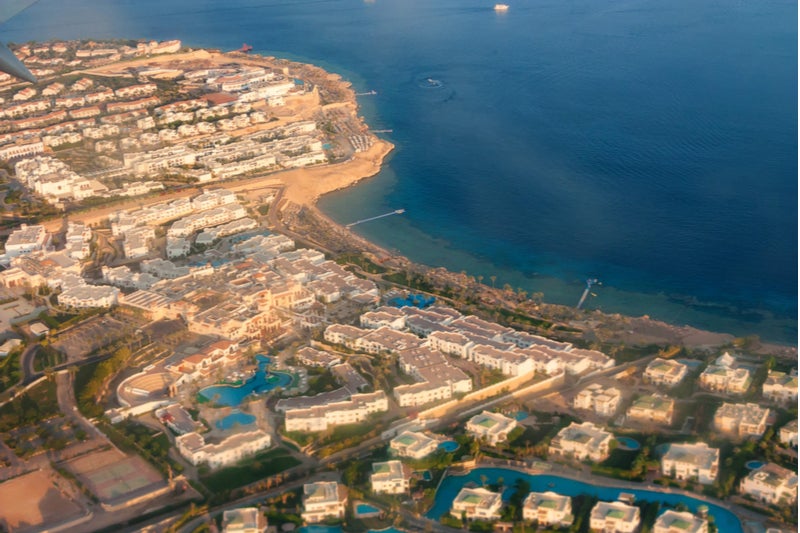 With the UK lifting its travel ban to the Red Sea resort town of Sharm El-Sheikh, Egypt’s tourism sector is hoping more vibrant times lay ahead, but operators will need to think clearly about how they target travellers and through which channels.

The end of a four-year flight ban – after 224 people died in the bombing of a Russian airliner attributed to terrorists – has been welcomed by the Egyptian tourism industry and by related businesses, from airlines to diving schools.

Just hours after the lifting of the ban, businesses wasted little time in resuming their operations. TUI rolled out its 2020 programme, easyJet announced flights to Egypt for the first time and Olympic Hotels (in the wake of the collapse of Thomas Cook) said it would offer hotel rooms previously exclusive to the now-defunct travel agency.

According to a GlobalData survey, 63% of UK respondents are unlikely to change their travel plans because of a terrorist attack or political event. This compares to a global average of 54%, showing that UK residents tend to be relatively relaxed about travel threats.

The expectation is that Sharm El-Sheikh is likely to quickly bounce back because it is such an iconic destination for UK travellers. In the quiet years, some travellers have been circumventing the ban by flying indirectly or travelling by land from other parts of Egypt, but now that connectivity is restored, travel will be made much faster.

Unfortunately, not much can be done by businesses to mitigate the risk of terrorism in their backyards, but if the UK and France can bounce back following their painful experiences, then Egypt can too.

Russia resumed flights to Sharm El-Sheikh in January 2018 and the UK has been criticised for not removing the ban earlier.

Marketing will point the way forward for niche sectors, such as diving which is one of Sharm El-Sheikh’s biggest selling points.

Sharm El-Sheikh is a popular location thanks to the presence of highly sought-after diving sites. This should be leveraged by Egypt and will prove helpful in restoring perceptions among tourists.

Scubatravel.co.uk, which compiles a list of popular dive spots according to reviews from divers, puts Thistlegorm in the Egyptian Red Sea as the fourth most popular location in the world.

Thistlegorm, the dive site, was named after a British cargo ship of the same name that sank after an air attack in 1941. On location, divers are able to spot motorbikes, train carriages and trucks among the wreck.

Another dive site, The Shark and Yolanda Reef, also in the Egyptian Red Sea, appear in fifth place on Scubatravel.co.uk, and is pitched at divers seeking a more natural adventure setting.

In a bid to capitalise on the lifting of the ban, dive company Regaldive is offering two free days for packages booked before 22 November. Deals such as these are important in rebuilding Sharm El-Sheikh’s reputation and for attracting a wide cross-section of travellers.