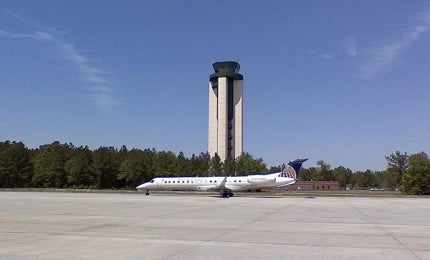 Savannah/Hilton Head International Airport (SAV), previously known as Savannah Airport, is the second busiest airport in Georgia after the Hartsfield-Jackson Atlanta Airport. The airport is located eight miles (13km) from the central business district of Savannah, Georgia, US. It is spread over an area of 3,650 acres (1,477ha) and is owned and operated by the Savannah Airport Commission.

In 2013, the airport provided service to approximately 1.64 million passengers, roughly 7,914.8t of cargo and recorded more than 84,958 aircraft movements.

Recent expansions at the airport

The Savannah Airport Commission launched an expansion project at the airport, known as the North Aviation Development. The scope of the project included the realignment of Gulfstream Road, as well as the extention of taxiways A and H. The project was completed in May 2013 with an investment of approximately $29m.

The airport has a two-level, single passenger terminal building with a built-up area of 275,000ft². The $68.5m terminal was designed by KBJ Architects and was opened in May 1994, effectively replacing the old terminal built in the 1960s. It features ten airline gates, an aircraft taxiway and parking apron, storm water ponds, roads and landscaping.

A new North Terminal will be constructed at the Louis Armstrong New Orleans International Airport in Louisiana, US.

The terminal was expanded in July 2007 with five more new gates and 10,000ft² of concession space. The expansion was completed with an investment of $14.2m, which was provided through the federal-funded Airport Improvement Programme and Passenger Facility Charge funds.

The passenger terminal features baggage claim at level one, while the level two is facilitated with ticketing, security, concourse and rental car counters. The terminal also features ATMs, retail shops, cafés, restaurants, a free Wi-Fi service and a business centre offering meeting facilities with internet access. An air traffic control (ATC) tower with a height of 119.1m is located next to the terminal building.

The fixed-base operations at the airport are provided by Signature Flight Support and Sheltair Aviation Services. The airport serves as headquarters for Gulfstream Aerospace and also includes a 5,000m² (53,819ft²) bonded warehouse.

The airport has a total of 3,690 parking spaces, including both short and long-term parking spaces. A new four-level parking garage with 1,690 spaces was opened in October 2007.

"Savannah/Hilton Head International Airport is the second busiest airport in Georgia after the Hartsfield-Jackson Atlanta airport."

The terminal is connected via covered walkways from the first and third levels of the parking garage.