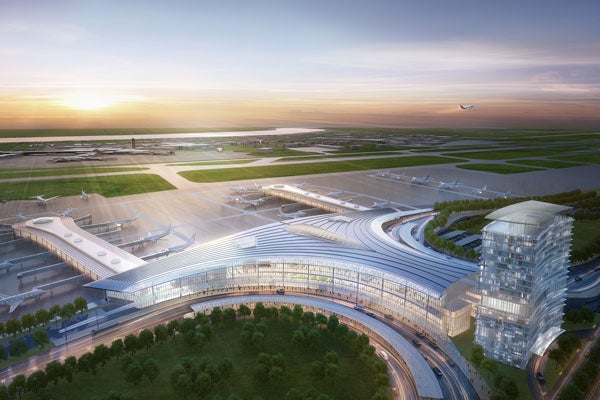 A new North Terminal is being constructed at the Louis Armstrong New Orleans International Airport (MSY) in Louisiana, US. The MSY airport, owned by the City of New Orleans and governed by the New Orleans Aviation Board (NOAB), handled 10.6 million passengers in 2015 and is touted to be one of the busiest airports in the US.

Charleston International Airport is a joint civil-military airport located at North Charleston in South Carolina, US. The airport is owned and operated by Charleston County Aviation Authority (CCAA) and United States Air Force under a new joint use agreement (JUA) signed in February 2008 with a 50-year term. Charleston is the busiest airport in South Carolina.

The North Terminal project, announced in April 2013, witnessed the start of construction in January 2016. It is scheduled to open by October 2018 coinciding with the 300th anniversary of the New Orleans City.

The terminal project will create about 13,000 jobs during construction. It will create $1.7bn and $3.2bn worth of economic benefits from construction and tourism respectively. When the new terminal is opened the airport is expected to handle about 12 million passengers a year.

Louis Armstrong New Orleans International Airport is expected to receive more than $21m through federal grants by the FAA.

The new terminal development plans were initiated in August 2011 to facilitate the growing passenger traffic and demands. The NOAB selected a team of airport consultants to study the airport’s terminal development plan. The team proposed four substitutes, which included the existing terminal refurbishment, the south side expansion, and a new terminal either on the west or the north sides.

"Airport authorities selected the north side for the new terminal."

Airport authorities selected the north side for the new terminal because Concourse D of the existing terminal is on the same side. Covering an area of 110,000ft2, Concourse D will be converted for charter, general aviation, cargo, multi-modal and other commercial use.

The new North Terminal will cover an area of approximately 650,000ft2 including 80,000ft2 of retail space, two well connected concourses and 30 gates. The terminal design is based on the concepts of modern and open architectural arts resembling the shape of two back-to-back boomerangs. It will feature glass windows to allow natural lighting inside the airport and thus reduce energy consumption.

The project will also include extension of the apron area by an additional 42 acres, and construction of a power plant and a hotel with an investment of $72m and $17m respectively. A new flyover will be also constructed between the Interstate 10 (I-10) highway in Louisiana, and the airport with an estimated investment of $87m to provide convenient access for the passengers.

"The terminal will feature a consolidated checkpoint equipped with advanced check-in systems."

An inline explosive baggage system will be installed to enhance security. The terminal will feature a consolidated checkpoint equipped with advanced check-in systems, and a parking garage which can accommodate about 3,000 vehicles.

Dual aircraft taxi lanes will be built at the terminal to improve airline efficiency by minimising the passenger waiting time.

The North Terminal was designed by Pelli Clarke Pelli and Manning Architects in association with Crescent City Aviation Team, which is a joint venture of Leo A Daly and Atkins. Parsons Brinckerhoff will act as the project manager.

"The North Terminal was designed by Pelli Clarke Pelli and Manning Architects."