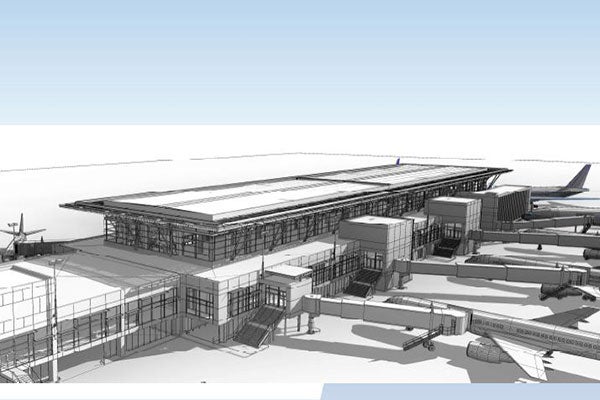 One of the busiest airports in North America, Austin-Bergstrom International Airport (ABIA) is expanding its passenger terminal to meet the forecasted passenger growth at the airport.

Will Rogers World Airport is one of three airports owned by the City of Oklahoma City, and operated by the Oklahoma City Airport Trust.

With increasing number of passengers using the Austin airport, the existing infrastructure has reached its maximum capacity both in terms of passengers handling and aircraft parking. The 300,000ft² terminal concourse with a design capacity of 11 million passengers a year and the existing apron with 24 contact gates have reached their service capacity.

In order to accommodate the growth, the airport’s owner and operator the City of Austin has approved the terminal expansion project, considering the 2003 and 2008 Master Plan and Master Plan Phasing Project recommendations.

Scheduled for completion by 2018, the $289m expansion will add space to the eastern end of the terminal and additional parking spaces on the apron. It will increase the passenger handling capacity of the terminal by four million passengers a year and the airport operating capacity by 30%.

Details of the terminal expansion at Austin-Bergstrom Airport

The expansion project comprises two major components, which include the apron expansion and associated work including airside construction (de-icing ponds, utilities, grading and paving), and the terminal building expansion and improvements.

Hensel Phelps Construction Company was selected as the construction manager for the project in October 2014. The $1.8m-worth contract includes project scope and definition, preparation of budgets/estimates and project schedules, constructability reviews, construction trade outreach, and work packaging for solicitation of construction services.

The contract for design services was awarded to design and architecture firm Gensler and Associates in August 2014.

Recent developments at the terminal

The CONRAC is a new five-level complex that consolidates all rental car operations at the airport into a single facility. Valued at $150m, the facility was constructed by Austin Commercial LP and designed by DeMattei Wong Architecture (DWA).

The Terminal East Infill project added six new passenger security checkpoints, a new customs facility and approximately 56,700ft² of new space, and renovated roughly 17,000ft² of the existing terminal. The $62m project was constructed by Hensel Phelps and designed by Page Southerland Page, a design firm based in Austin.

The Taxiway A extension project involved extending its north and south ends, making it a full-length taxiway with multiple access points to the airport’s east runway.