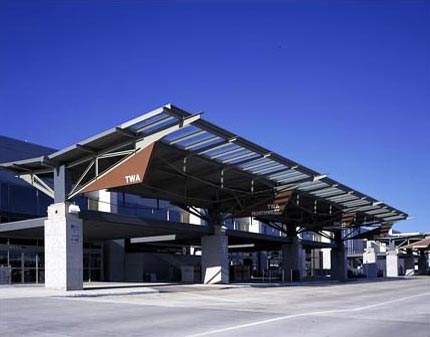 The new airport was opened for civilian passengers in 1999, although the cargo part of the airport has been in operation since 1997. 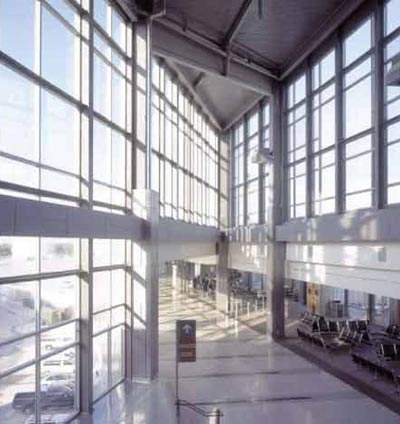 The terminal is constructed on four levels: concourse, mezzanine, baggage claim and the aircraft apron. 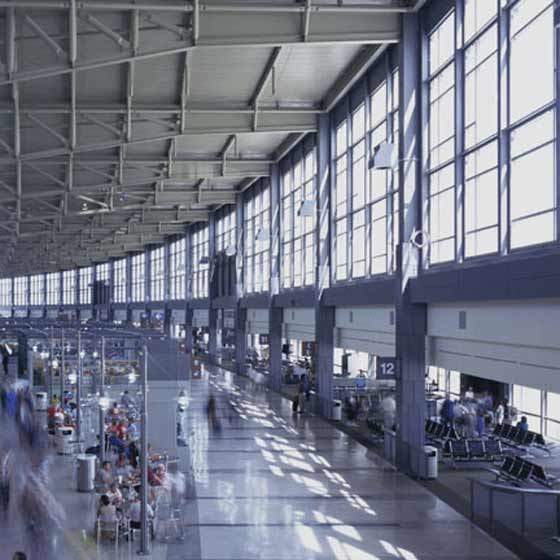 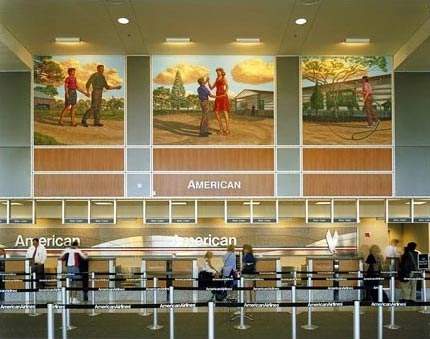 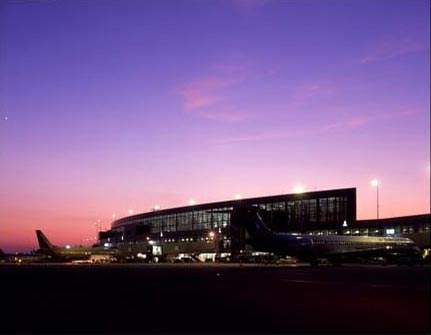 The authorities originally envisaged Austin Bergstrom International Airport as a point-to-point airport, rather than just a regional hub. 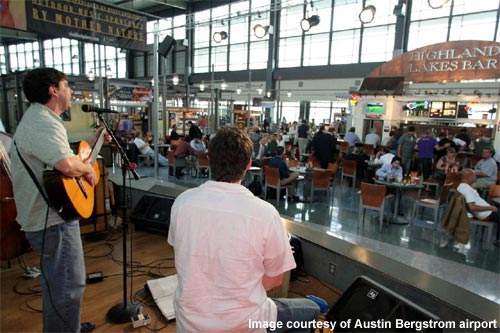 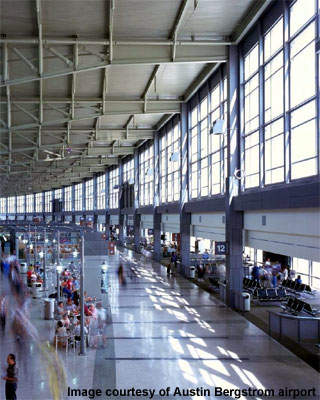 A bird’s eye view of the main concourse. 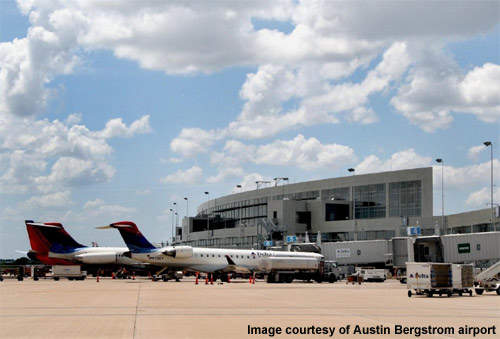 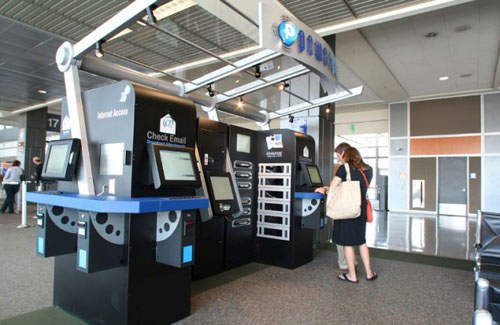 In September 2006 Austin-Bergstrom added a new facility at the airport terminal to help business passengers in transit. 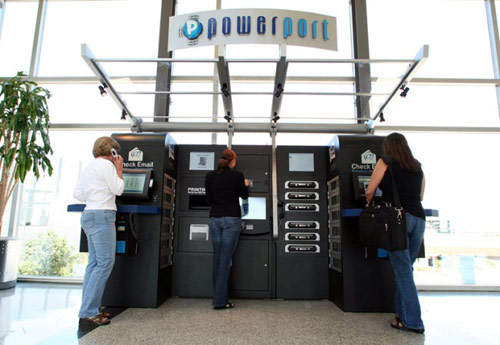 Austin-Bergstrom International Airport was constructed on the site of Bergstrom American Air Force base which was closed following defence cuts at the end of the Cold War.

A proposal to use the base as a civilian airport was approved by the city electorate in a local referendum in 1993. The new airport was opened for civilian passengers in 1999, although the cargo sector of the airport has been in operation since 1997.

“Austin-Bergstrom International Airport was constructed on the site of Bergstrom American Air Force base.”

The old airport was also landlocked, which restricted its capacity for expansion. Given that Austin is in an area of high economic growth, the possibility for future expansion was an important factor in the choice of site.

The airport saw only half a million passengers in its first year, but this figure is misleading. Passenger figures for 2001 showed more than seven million passengers, with more than five million between January and September 2004, an 8% increase on the same period in 2003. The authorities originally envisaged the airport as a point-to-point airport, rather than just a regional hub, underlying Austin’s wider ambitions as a city as well as the immediate economic and transport needs.

The long runway allows the airport to accommodate large aircraft, including those used for international flights. The use of an existing runway also cut building costs by 75%. The shorter runway is although mainly used for cargo-carrying aircraft. The runways are administered by a new 20-storey air traffic control tower opened in January 1999 (the former airforce base tower was demolished).

The 600,000ft² Barbara Jordan passenger terminal (dedicated to the former Congresswoman) has 25 gates with room to expand to 55 if necessary. The emphasis is on possible future expansion as Houston’s air traffic increases.

“In September 2006 Austin-Bergstrom added a new facility at the airport terminal to help business passengers in transit.”

The terminal is constructed on four levels (concourse, mezzanine, baggage claim and the aircraft apron). Arrival and departures are on two separate levels; the upper level has a drop-off zone near to the check in and ticketing areas while the lower level leads departing passengers from baggage claim. In total, the building is 2,095ft long, 280ft wide and cost $115m to construct.

The terminal building is constructed of glass, granite and metal panels and the building contains more than 50,000ft² of Texas pearl, a white and pale pink granite.

Inside the terminal is the ‘market place’ a centrally located area that is 53ft high and contains restaurants, shops and a live music stage. Another area in the terminal, the ‘living room’, makes full use of natural light from the glass panels and uses the exposed roof trusses to provide interesting architectural detail.

The baggage handling facilities are located in a large atrium beneath the ticketing lobby. There are five baggage carousels and one claim device for oversized bags.

In September 2006 Austin-Bergstrom added a new facility at the airport terminal to help business passengers in transit. The airport installed Powerport computer stations, which are owned and operated by Power Station LLC.

The stations are a real boon to the business traveller as they provide: internet access, laptop rentals, battery and cell phone chargers, USB ports for uploading files, music downloads and free printing services.

Each of the two Powerport stations has four walk-in computer stations and two laptop stations. Users renting a laptop must use it within 300ft of the station to pick up the internet. Charging of devices is carried out from secure locked bays.

The total budget was $585m and, to avoid a burden on local taxes, Austin decided that the airport would be paid for by airport users and businesses in the facility. The Federal Aviation Administration (FAA) offered about 25% of the total cost.

“Only American firms were contracted to build the new Austin-Bergstrom International Airport.”

The curtain wall installer for the terminal building was Standard Glass and Mirror Inc of Houston, Texas. Curtain walling was a Wasau SuperWall system that incorporated three types of glass in the panels to maximise natural light and also to reduce heat build-up and glare.

Aviation planners were TCI-Landrum Brown. The structural engineers were Jaster-Quintanilla, and associated engineers included Burns and McDonnell and Lozano Oritz and Kent.