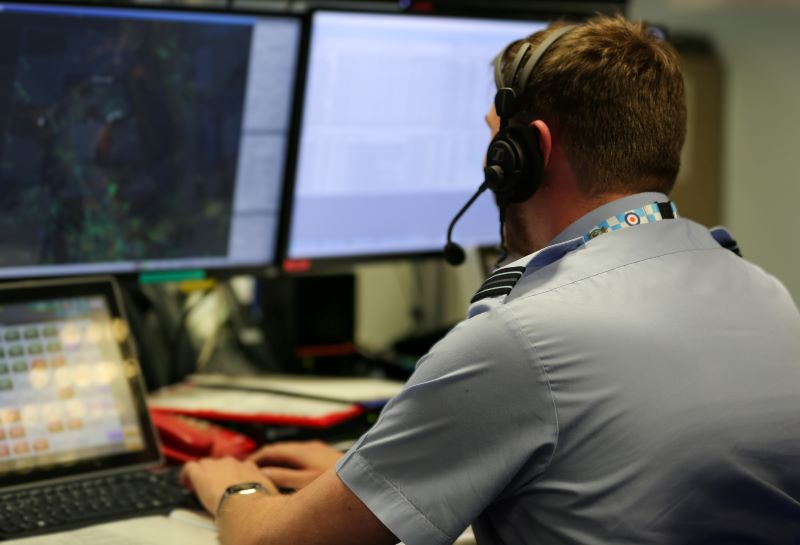 C4i Pty Ltd, a member of the Frequentis Group since 2021, is subcontractor to IBM. IBM Consulting in the UK are the prime contractor that is leading the program to develop and install the replacement system.

The Guardian project is replacing current systems at Royal Air Force (RAF) bases in the UK with new technology, allowing the RAF to enhance its air situation picture in support of continued early detection and rapid response of suspected aircraft threats. Replacing the existing RAF VCS with the new VOIP based system from C4i provides enhanced flexibility, capability, and security , as well as reducing overall life cycle costs.

The new system, already in full time operations at RAF Boulmer, will connect the UK’s defence radars and radio network, as well as delivering new capabilities to improve communication and interoperability between the UK, Nato, and coalition aircraft, which is essential to the protection of the UK’s skies.

“The installation of the UK’s new air command and control system at Boulmer is the first step in this project to deliver enhanced capability to deal with the increased demands of UK airspace and essential surveillance of its skies, supporting the MoD and Nato tasks. We are pleased to be providing the essential communications for the defence of the UK, supporting the transition to digital technologies to support future capabilities,” says C4i Pty managing director Darren Gardner.

Installations for other vital parts of the voice control system are continuing in other locations throughout the UK.

VOICE C2 is an advanced IP communications system based on simplified hardware and software components that, when combined, deliver a sophisticated communications platform. The system provides users with the ability to access and control radio, telephony, intercoms, and paging systems using a single intuitive GUI. It enables customers to operate securely and seamlessly across multiple security enclaves while maintaining isolation as required.

Specifically designed for fixed and deployable air defence environments, VOICE C2 Red/Black platform is operationally proven and purpose-built. It is in active use around the world including with the Australian defence forces and the US Department of Defense (USAF, US Army, US Marine Corps).

With integrated Classified and Unclassified modes of operation, the system provides operators with internal and external communication and conferencing capabilities via a range of air and ground-based communication networks. Operators have simultaneous access to Red and Black Air/Ground and Ground/Ground communication channels from a single console.

As the numbers of drones in airspace rise, it is becoming more important to find a way for them to safely coexist with manned aircraft.

Modern Managed Services as an Enabler of Safety‑critical Operations

Focus on what matters to your stakeholders by leveraging trusted partnerships to deliver safety-compliant control centre solutions, networks support solutions and services.