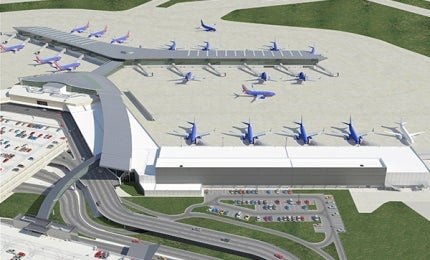 The groundbreaking ceremony of the terminal was held in September 2013 and the terminal was opened in October 2015. Southwest Airlines in collaboration with the City of Houston and the Houston Airport System (HAS) implemented the project. Southwest is the first airline to offer international services from the terminal to regional destinations, including the Caribbean, Mexico, Central America and northern South America.

"The project will create 10,000 jobs across the Greater Houston metropolitan area, attract 1.6 million air travellers and add $1.6bn in annual revenue to the local economy."

The project is expected to boost the city’s economy by attracting more travellers and by creating more number of jobs. According to HAS’ estimates, the project will create 10,000 jobs across the Greater Houston metropolitan area, attract 1.6 million air travellers and add $1.6bn in annual revenue to the local economy.

Southwest Airlines’ proposal for the construction of a new international terminal at the airport was approved by the Houston City Council in May 2012.

The terminal is a two-storey building with a built-up area of 280,000ft². It features five international gates that are capable of handling narrow-body aircraft, including Boeing 737 and A318-320. Four of the five gates are used by Southwest Airlines, leaving one for other carriers.

The gates direct passengers arriving from outside the US to the new federal inspection services (FIS) facility, as well as domestic arrivals to the appropriate area.

The second level is occupied by gate holdrooms, general secure public circulation areas and passenger facilities, including concessions and restrooms. It also features a renovated lobby and 16,000ft² concession area.

Besides the construction of a new international terminal, the project also included the development of a FIS facility, associated ramp and extended hydrant fuelling system improvements, construction of a multilevel parking garage, expansion of the security screening checkpoint, reconfiguration of Southwest Airlines ticket counters, alterations to the airport roadway system, and relocation of HAS offices.

Constructed with an investment of $55m, the new multi-level parking garage is located towards the north-west corner of the existing parking facility. It has more than 2,500 spaces and features a smart parking space locator system and a pedestrian bridge to the terminal.

Starting from the western end of the existing terminal, the modified roadway features additional spots for curb-side drop-off and an access point to the main check-in hall.

The total investment for the new terminal was $156m, which was entirely funded by Southwest Airlines. The City of Houston owns the terminal debt-free, while Southwest Airlines holds the scheduling rights and pays no rent for using the four international gates and the customs facility.

The fifth gate and the associated customs facility are available for rent for other airlines.