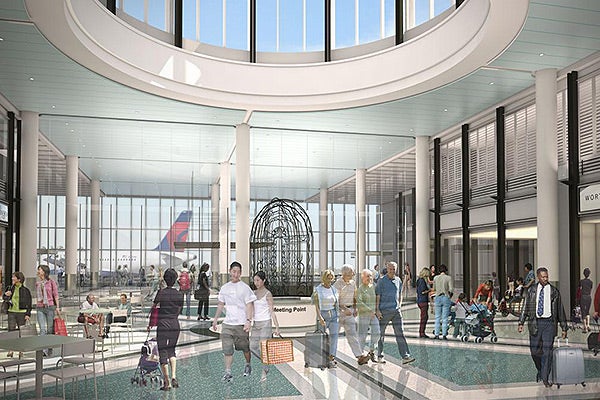 Charleston International Airport is a joint civil-military airport located at North Charleston, South Carolina, US. The airport is owned and operated by Charleston County Aviation Authority (CCAA) and US Air Force under a new joint use agreement (JUA) signed in February 2008 with a 50-year term. Charleston is the busiest airport in South Carolina.

The CCAA completed a $189m terminal redevelopment and improvement programme (TRIP) in October 2016. The project enables the airport to cater to the growing passenger traffic through 2030.

The programme manager for the TRIP project was Michael Baker Jr, while Fentress Architects was the architect. A joint venture (JV) between Austin Commercial and HITT Contracting served as the construction manager-at-risk.

The airport was officially opened to public in August 1987. Both concourses have their own TSA security checkpoint. The airport terminal, covering an area of 270,000ft², was constructed in 1985 by Howard Needles Tammen & Bergendoff (HNTB), Davis & Floyd, and Lucas & Stubbs.

"Both concourses each have their own TSA security checkpoint."

The terminal apron area was expanded to provide space for more aircraft. Construction started in December 2012 and was completed in December 2013 by McCarthy Improvement Company. The US Department of Transportation (DOT) provided a $12.2m Federal Aviation Administration (FAA) grant for the apron expansion in September 2012.

The TRIP project primarily involved the renovation and redevelopment of the terminal building. It included the expansion of the apron and concourses, the construction of a rental car pavilion, a central energy plant, renovating the baggage hall, and installation of a consolidated security screening checkpoint.

The brown tile floors of the existing terminal have been replaced with terrazzo flooring. The existing facade featuring brick walls have been demolished and replaced with 16ft-high glass walls, providing a brighter interior and views of the airfield.

A new rental car pavilion has been built at the north-west end of the terminal. Construction started in February 2013 and was completed in March 2014.

A central energy plant (CEP) has been constructed on a 10,664ft² site at the east of Concourse A, between June 2013 and October 2014. It features four 420t cooling towers, three boilers, three chillers for air-conditioning, an 8,000gal fuel tank, a 1,500gal/min fire pump, two miles of electrical conduits, and a tubing system.

The tubing system equips all the wiring connections between the CEP to the airport’s terminal.
The TSA’s consolidated security checkpoint provides a single passenger screening system at the airport. Construction of the TSA checkpoint was started in October 2013 and was completed in April 2015.

The construction of a third baggage carousel, which replaced the existing two carousals in the baggage hall, started in August 2013.

The central hall was renovated to provide a single exit from the new central checkpoint. The airline ticketing hall renovation was completed in March 2015. Construction on the upgrade of the utility systems started in January 2014 and was completed in September.

Five new gates have been installed at Concourse B. The extended concourse also features new boarding bridges, and space for three food and beverage outlets and two retail stores.

Concourse B increased the number of airline gates to ten, and added new restrooms, dining and shopping areas, large windows, a range of new seating options with plug sockets for mobiles and laptops, and terrazzo flooring.

"The installation of gates was completed in April 2015."

Delaware North Companies and Hudson Group were selected by CCAA in December 2013 to provide food and retail concessions services at the terminal.