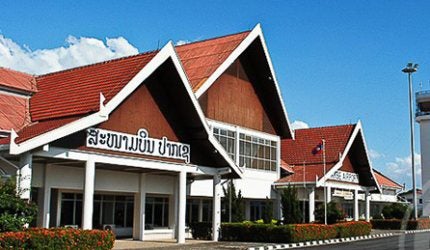 The airport’s facilities are currently being upgraded, with the second phase of developments set to make it the main aviation hub of southern Laos. The city is already a major transportation centre for the southern quarters of the country, while flights from Vientiane, Bangkok, Ho Chi Minh City and Siem Reap land there.

The people of Laos mainly depend on road transport, while river and air transport are also popular. Over the past few decades, the country has witnessed a steady increase in each of these modes of transport.

"The airport’s facilities are currently being upgraded, with the second phase of developments set to make it the main aviation hub of southern Laos."

Pakse International Airport is being upgraded in a phased manner. The first phase of the improvement project began in March 2008, where the airport was closed twice for repairs and resurfacing works on runways, but opened for a short time between November 2009 and February 2010 during the peak tourist season. It was officially reopened on 1 June 2010.

The first phase development works included runway extension to 2,400m length and 45m breadth. The runway was also resurfaced to support takeoff and landing of jet aircraft such as Boing-737 and Airbus-A320. The completion of the first phase improvement has raised the airport’s accommodating capacity of small to medium-sized regional jets.

The second phase of the development includes further extension of the runway length, installation of runway lights, improvement of parking bays and installation of approach light beacons. The control tower will also be expanded by adding three to six more floors.

The Neighboring Countries Economic Development Co-operation Agency director and Laotian Ambassador to Thailand signed the bilateral agreement for the airport’s facilities upgrade in 2007. The first phase of the renovation was funded by the Thai government with Baht230m ($7.27m). The grant included a 30% direct loan and 70% low-interest loan.

The second phase of improvement works are being funded by a Thai government-approved loan worth Baht184m ($5.82m) at 1.5% interest for 20 years, along with a five years of grace period.

Thailand-based Italian Thai Development (ITD) is the contractor for the airport renovation. Dynapac, a part of Atlas Copco Group, has provided six vibratory compactors to ITD for the first phase of upgrade works.

The security checkpoint follows the check-in desks at the airport. Once check-in process is completed, one can move towards the passport control area, after which is the final security check point and the departure lounge.

"The airport’s 1,650m length and 36m width runway was cemented with asphaltic concrete during the first development phase in 2008."

The airport’s 1,650m length and 36m width runway was cemented with asphaltic concrete during the first development phase in 2008.

Pakse Airport parking facility is operated by Elephant Parking. Travellers can park both on and off the airport site, as well as the meet and greet parking.