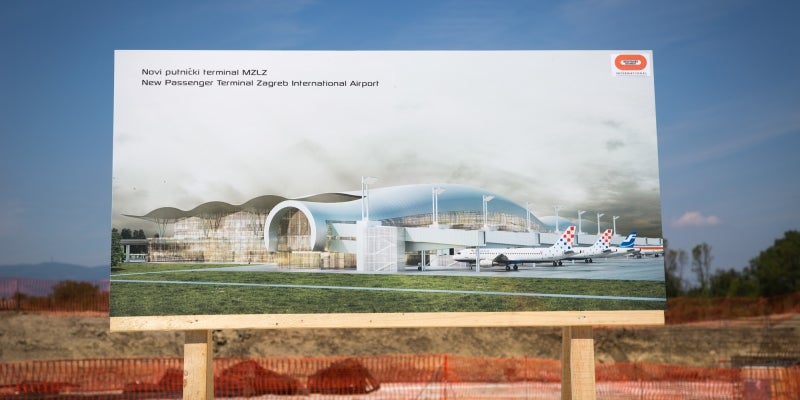 A new state-of-the-art passenger terminal was constructed at Zagreb International Airport, Croatia, to replace the existing terminal. Ground for the new terminal construction was broken in May 2014, after roughly six months of extensive preparatory works that began in December 2013. The new terminal was opened in March 2017.

Warsaw Chopin Airport is the biggest and busiest airport in Poland.

The project was led by Zagreb Airport International Company (ZAIC), a French consortium that won the 30-year contract to operate and expand the airport from the Croatian Government.

The new terminal will initially handle five million passengers a year, and eight million in the subsequent years through further expansion, compared with the previous two million passengers. With state-of-art infrastructure and contemporary design, it is also expected to become a new landmark for the region, and boost its tourism and economic growth.

The project generated more than 700 jobs, with an average of 400 jobs during the construction period.

Design and construction of the new passenger terminal at Zagreb airport

The 65,000m² building features four levels, with the two meant for arrivals and two for departures. It also has a rectangular main body extending into two asymmetric piers, with the west pier for international operations and the east pier for the domestic traffic.

The building’s supporting structural frame consists of circular columns and beams with pre-stressed concrete decks, as well as four reinforced concrete kerns for vertical communication. The departure level of the terminal can be accessible to vehicles through a reinforced concrete viaduct.

Above the concrete structure is a corrugated steel structure that combines the roof of the main body and piers with the north facade. Eight new air-bridges are connected to the north facade. The south, east and west facades have flat aluminium curtains with structural glazing. The roof is partially glazed, and partially covered by a state-of-the-art aluminium shield.

The terminal construction was carried out by Bouygues Bâtiment International in conjunction with Viadukt, which is also engaged in preparatory works and construction of major drainage system, aprons, runway access, parking lots, access roads and other infrastructure.

The design and architecture for the terminal was provided by Croatian Construction Company IGH and Croatian architects Velimir Neidhardt and Branko Kincl.

“With its modern infrastructure and contemporary design, the new terminal at Zagreb International Airport is expected to become a new landmark for the region and boost its tourism and economic growth..”

The project followed sustainable construction practices with the aim of securing LEED certification.

Arup was appointed as the independent and supervising engineer for the construction of new terminal building.

The total estimated investment for the project is €331m ($355m), €243m ($261m) of which is for the design and construction of the new terminal and €88m ($95m) is for the maintenance of the airport infrastructure over the entire concession period, until 2042.

IFC has committed to provide a $47m loan and an equity investment of approximately $26m.

The ZAIC also secured €65m ($70m) loans each from the Unicredit Grupa/Zagrebacka Banka and Erste Banka, as well as €120m ($129m) from the European Investment Bank (EIB).

One Works
One Works is an independent design and consultancy firm offering...
SUBSCRIBED