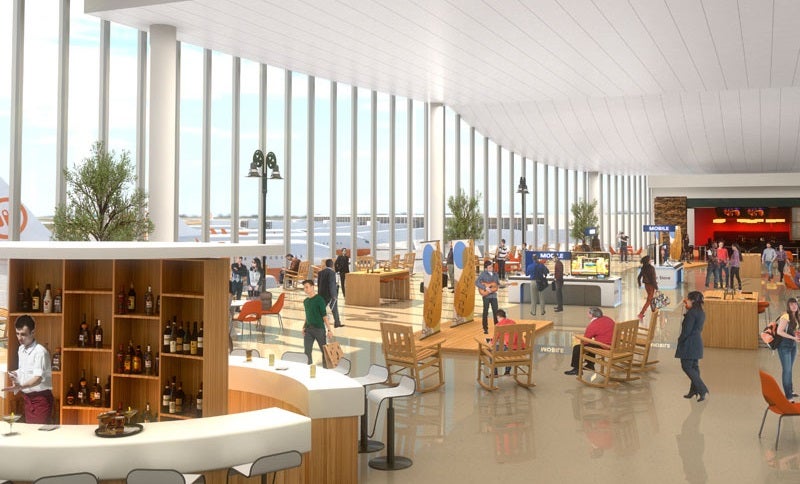 With annual passenger traffic of more than 12 million, the Nashville International Airport (BNA) is one of the busiest airports in the US.
The airport is anticipated to see a two-fold increase in its passenger numbers by 2035, while the population of Greater Nashville area is forecasted to reach 2.5m during the same period.

Owner and operator Metropolitan Nashville Airport Authority (MNAA) unveiled a new and comprehensive development plan for the airport in 2016 with the aim of meeting the anticipated rise in passenger traffic and the population in the region.

Called BNA Vision, the plan is a continuation to the airport’s Master Plan, which was last updated in 2013. It will be carried out in phases over five to seven years, focusing more on planning and development of the airport’s landside and airside facilities, in addition to other developments.

The scope of the project includes developing a state-of-the-art international arrivals building, a new parking garage, expansion to the concourse and lobby areas, addition of new gates and screening lanes in the federal security area, and development of an on-site hotel.

The international arrivals area will be expanded to serve the increasing international passengers at the airport. Scheduled for completion by 2018, it is also anticipated to attract more non-stop flights to countries in Europe, Asia, Latin America and others.

A new six-floor parking garage is being built towards the south of the existing short-term parking area and is scheduled to be completed by 2018.

New ticketing counters and baggage claim devices will be added, while two concourses, B and D, will see be expanded to include more gates, which would eventually help attract new airlines and offer more retail and dining options.

A new central entrance hall named the Grand Ole Lobby will provide travellers with more natural light and better views of the airfield. The lobby will house airline ticketing counters, baggage check-in and federal security screening area, where the Q-lines will be combined and additional lines will be added to minimise time and speed-up the screening process.

Other projects proposed in the plan include a new multi-modal transit system that will connect the airport to the future Nashville transit system, construction of a 200-300-room onsite hotel, and relocation of Donelson Pike road slightly towards the east.

The project is estimated to cost approximately $1bn, which will be funded through bonds, federal and state aviation grants, passenger facility charges (PFCs) and other airport funds.

Details of the existing terminal at Nashville International Airport

The existing passenger terminal is a three-level building with a number of areas and passenger facilities. Level 1 is for ground transportation including car rentals, taxis, limos and shuttle buses. Level 2 comprises baggage claim area with an information counter at its centre. Level 3 features ticketing hall and security screening checkpoint.

The terminal’s passenger flow is designed in converging V shape, which connects the flow to and from the concourses with the heart of the terminal and also unites all the three levels. It also features way-finding at appropriate places, to make it easy for the passengers to use different areas of the terminal.