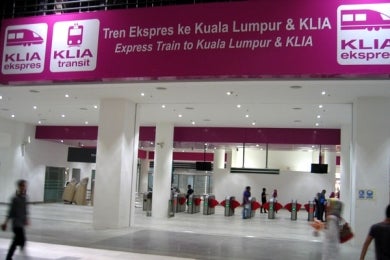 Construction of the new carrier terminal began in September 2010 and its inauguration was held in May 2014. The terminal is located within 2km of KLIA and is connected via Express Rail link’s high-speed train. The terminal is capable of accommodating 45 million passengers a year.

The KLIA2 terminal extends over an area of 360,000m² and comprises a main terminal building with a gross floor area of 257,000m². The main building and the satellite building are linked by a Skybridge, making it the first airport in Asia to use such a system.

KLIA2 features a 4km runway, known as Runway 3, which is located 2.2km from Runway 2, therefore allowing aircraft take-off and landing operations at the same time.

The terminal comprises 68 boarding gates and aerobridges, which assist aircraft boarding in all weather conditions. Approximately 35,200m² of the terminal is dedicated for retail and catering outlets.

The new terminal features Gateway, an integrated complex forming the main entrance for the world’s biggest low-cost carrier terminal. Gateway is situated between the drop-off point and the main terminal and comprises 350,000ft² of net lettable space over four levels and a multi-storey car park.

Gateway at KLIA2 is divided into four levels – Level 1, Level 2, Level 2M (Mezzanine) and Level 3. Level 1 consists of the transportation hub that centralises all forms of public transportation, making it easier for passengers to find their respective modes of transport. Level 2 and Level 2M feature a space designated for meeters and greeters, car lobbies, restaurants and shops.

The departure level is located on Level 3 of the main terminal building and comprises four islands with a total of 128 common user passenger processing system (CUPPS) check-in counters. The departure hall features 55 self-service check-in kiosks, referred to as common use self-service (CUSS) kiosks.

Screening checkpoints are located at the boarding gates at each boarding piers for security purposes.

Construction of the tower was completed in April 2013 at a cost of MYR55m (approximately $16m).

The multi-storey car park consists of 6,490 covered parking spaces and is located adjacent to the Gateway.

The construction contract for the new terminal at Kuala Lumpur International Airport was awarded to the joint venture of UEM Construction and Bina Puri.

Segi Astana, a joint venture between WCT Holdings (holds 70% equity) and Malaysia Airports Holdings (holds 30%), was awarded the contract for developing the gateway at KLIA2.

New Zealand-based company BCS was awarded a contract worth $39m for delivering an automated baggage handling system for the new KLIA2 LCC terminal. Perkasa Jauhari was engaged for the construction of the air traffic control tower.