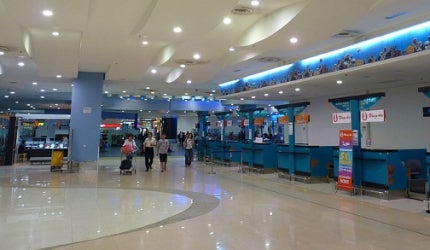 Penang International, which is owned by the Government of Malaysia, and operated by Malaysia Airports Holdings, handled more than 4.6 million passengers and 131,846t of cargo in 2011. It recorded 54,713 aircraft movements during the same year.

The airport is currently being expanded to increase its passenger handling capacity. The expansion, originally slated for completion by June 2012, has been postponed to November 2012.

"The airport is currently being expanded to increase its passenger handling capacity."

Malaysia Airports, in June 2010, commenced a RM250 ($80m) expansion at the airport in anticipation of passenger traffic growing to five million by 2016. The project forms part of the Northern Corridor Economic Region (NCER) blueprint.

The expansion is being carried out in three phases. The first comprises improvement of the infrastructure, utility and buildings. The main terminal building will be upgraded under the second phase, while enhancement of airside facilities are earmarked for the final phase.

The departure curb lines will be increased from the current two lines to four. The departures zone will be expanded with one extra lane, while three more lanes will be added to the arrivals zone.

The terminal’s facade will be renovated completely to give it a fresh and contemporary appeal. The terminal, once finished, will offer airlines and passengers with utmost comfort level through its facilities, state-of-the-art architecture and interior design.

Designed to be a regional hub, Kuala Lumpur International Airport (KUL) is built with features that allow flexibility for future expansion. The development of KUL will be implemented in three phases.

The airport has a single runway, which is about 10,997ft (3,352m) long. The runway is planned to be expanded in the future in order to meet the anticipated growth in passenger and freight traffic.

Glidepath was contracted in September 2011 to provide a complete fail-safe inline baggage security screening system in place of the current check-in conveyor system at the airport. Glidepath subcontracted Automation Support Services for installing controls for the new baggage handling system.

Malaysian Airports awarded Smiths Detection a contract to supply and install HI-SCAN detectors and IONSCAN table-top devices at the airport, for automatic detection of explosives and narcotics.