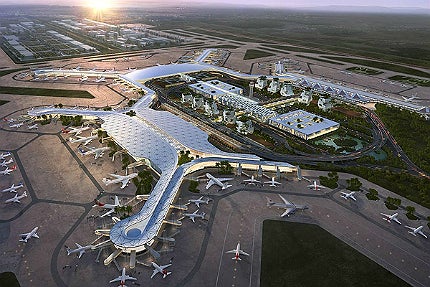 A new international terminal was opened at the airport in August 2013. A brand new terminal two is under construction and is expected to be completed by 2020.

The plan for a new third terminal is also under consideration. The third terminal will increase the airport’s annual passenger handling capacity to 62 million passengers by 2040, if built.

The airport has a 3,600m long concrete-paved runway.

The airport was opened in 1999, replacing the old Dayingshan Airport. The airport currently features two terminals, which include terminal one and the newly opened international terminal.

It was built as part of a CNY230m ($37.5m) project which also included the expansion of the apron and the domestic terminal. The expanded apron at the airport can accommodate ten aircraft now.

The new international terminal is located on the east side of the terminal one. Its construction was started in April 2011. It covers an area of 13,200m².

The upcoming terminal at the airport will be 28,000m². The total investment on the terminal and other support facilities will be CNY850m ($138.89m).

The new terminal two under construction will be located opposite of the terminal one. It is expected to open by 2020 and will be designed to provide very high level of functional and aeronautical quality at the airport. It will implement South Asia’s architectural styles and an X-shaped design. It will feature coconut trees in lounge areas and an inner courtyard.

It will cover a surface area of about 290,000m² and will increase the annual passenger handling capacity of the airport by 18 million.

"The airport currently features two terminals, which include terminal one and the newly opened international terminal."

The airport is equipped with advanced types of airfield lighting systems, baggage handling systems, communication and navigation equipments and other service facilities. The parking lot at the airport covers an area of 56,000m².

The airport features a green environment and sustainable features in its buildings. It is also touted as the first ecological garden airport in China.

It is one of the first airports in China to be awarded the China Green Benefit Enterprise-Best Practice Award at the 6th United Nations World Economic and Environment Conference in 2013.

Beijing, the capital city of the Republic of China, is one of the most important and largest cities in the world.