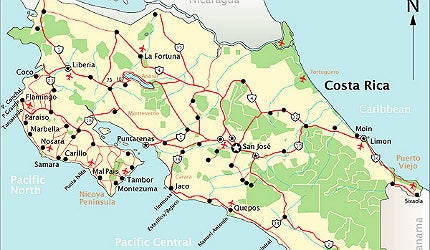 "Inter-American Investment Corporation (IIC) funded about $7.9m of the total $43.5m cost of the terminal project."

Costa Rica largely depends on revenue, foreign direct investment and employment generated from tourism. Liberia International Airport serves as a gateway to the Costa Rican Riviera and is a hub for Western Costa Rica and Pacific coast travellers.

The airport’s geographical location offers the most favourable conditions all through the year.

Developing the international ‘gateway’ near the Gulf of Papagayo

Daniel Oduber International Airport has a surface area of 243ha. It was first opened in 1975 to promote tourism in the Gulf of Papagayo. Called Tomas Guardia Airport, it had a 1,216m x 30m runway, a small terminal and two hangar areas.

A new master plan for the airport was developed by Dixon Speas Company in 1975. The General Council for Civil Aviation (DGAC) and the Ministry of Public Works and Transportation (MOPT) began development of the airport in 1976.

A prefabricated passenger terminal was built in 1977. The next year illumination systems were installed to handle night flights. In 1986, the terminal underwent minor renovations. In 1989, the runway was extended by 500m to handle Boeing 747-200.

The airport was developed to international standards with a new terminal building, control tower and aircraft parking facilities in 1995. It was reopened as the Daniel Oduber Quirós International Airport. By 2002, the runway was expanded to 2,750m with upgraded instrument landing system, modern navigational equipment and experienced traffic growth.

A new aircraft parking area for large and private aircraft was developed in 2003, and it was expanded in 2005. The existing terminal was expanded by about 30,000 square metres. 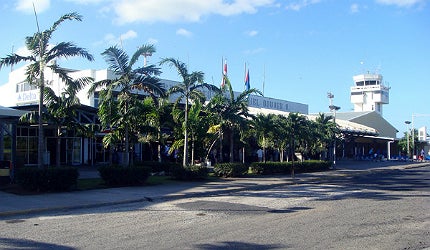 Liberia International Airport serves as a gateway to the Costa Rican Riviera and is a hub for Western Costa Rica and Pacific coast travellers.

In October 2008, a 20-year concessionaire contract was awarded to Coriport consortium for operating the Liberia airport and building a new terminal and associated facilities. The new terminal is expected to relieve congestion, increase revenue and generate 100 new jobs.

The contract also requires the consortium to improve the existing terminal and associated facilities over 70,000 square metres of area. The concessionaire will pay $229m during the concession period.

Construction of the new 23,000 square metre international terminal was undertaken between April 2010 and October 2011. It was opened in January 2012. The project’s opening was delayed twice and led Coriport to pay a fine of $500,000 to the Civil Aviation Authority. The terminal has a capacity to handle 1,500 additional passengers each hour.

"The airport serves the growing tourism market in the north-west of Costa Rica."

The airport is served by shuttles, Liberia City Bus, rental cars and taxis. The terminal segregates international and domestic passengers.

The project team led by Coriport was the designer, financier and builder of the new terminal. MMM Group provided project management services. Inter-American Investment Corporation (IIC) funded about $7.9m of the total $43.5m cost of the terminal project.

Swissport International and Inter Airport Services (IAS) were contracted to provide the ground handling services at the Daniel Oduber International Airport in November 2009.

The scope of work includes executive aviation, aircraft maintenance and fuelling, cargo handling and other services.