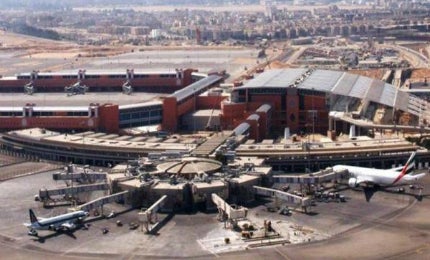 The renovation, which is launched in response to the rapidly increasing passenger traffic at the airport, will increase the terminal’s capacity to 7.5m passengers per year from the current 3.5m per year. It is estimated to cost $436m, and the airport received a loan commitment of $280m from the World Bank in February 2010.

Work on the renovation started in January 2012, and commissioning is scheduled for November 2015. Upon completion, TB2 will be integrated and jointly-operated, along with Terminal 3.

Benefits of the terminal renovation

Sharm el-Sheikh International Airport is located about 23km northeast of the city of Sharm el-Sheikh in Egypt. The airport is owned by the Egyptian Holding Company for Airports and Air Navigation.

The renovation project is aimed at further enhancing Egypt’s air transport sector, which is crucial to the country’s economic development. It will improve the quality of services, and reiterate the airport’s role as a regional hub. It will also allow the airport to handle large-body aircraft such as Airbus A380, Super Jumbo and Boeing 747.

It is the first project being carried out on an international scale in Egypt’s post-revolution period, funded by the World Bank, the work is technologically prestigious, being carried out under Turkish-Egyptian cooperation.

The renovation and capacity enhancement of TB2 at the Cairo airport includes two major components, rehabilitation and expansion of the terminal, and technical assistance and studies to strengthen the institutional capacity of the sector’s institutions.

The new design focuses on providing enough indoor space to provide maximum comfort to the passengers, and to provide world-class services, entertainment, and business services.

"The new terminal is being built on the site of the existing terminal building, and will have a built-up area of 170,000m²."

The terminal will feature a departure hall and an airside pier, and will be installed with state-of-the-art airport special systems, including 28 moving passenger bridges, special security and information and communication technology (ICT) systems, and a luggage handling system.

Renovations to the existing building will include major upgrades of more than 300,000m² to the airside and landside pavements. Airside improvements will include construction of aprons, taxiways, and connection roads in a land area of approximately 340,000m². Infrastructure improvements include installation of power house and fuel hydrant systems, on both air and landsides.

The contract to provide management consultancy services for the project was awarded in July 2014 to Hill International, an engineering firm based in the US. The contract legth is for 15 months, and is valued at approximately $1.9m.

The construction contract, worth $387m for the renovation and passenger capacity enhancement project, was awarded to a joint-venture led by Turkish construction company, Limak Holding in August 2011.

Engineering Consultants Group (ECG), a consultant firm based in Egypt, acted as the lead consultant for the master planning, design, and construction management and supervision for the renovation.