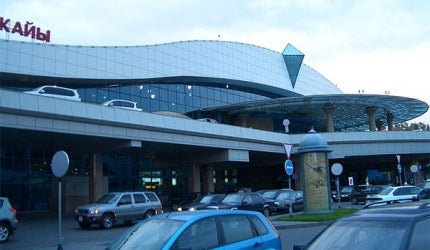 Almaty International Airport, built in 1935, is the biggest airport in Kazakhstan. The airport is approximately 18km away from Almaty, the country’s largest city and commercial capital.

Almaty International Airport was recognised as an international airport in 1998, subsequent to the reconstruction of a runway. The airport is an important centre for both Air Astana, the national carrier of Kazakhstan, and cargo of Central Asian region.

"The airport offers flight services to more than 20 locations."

The location of Almaty International Airport has geographical advantage, being on the South Eastern Asia-Europe Route. China’s Great Silk Road linking China to several regions of the World passes through Almaty.

Almaty International Airport finalised an exhaustive master plan development project in April 2013. The master plan aims to meet the surge in passenger traffic and volume of cargo over the next two decades.

The new master plan will focus on the development of the passenger and cargo terminals, runways, and maintenance area.

Lufthansa Consulting teamed with Almaty International Airport, enabling the airport to finalise the master plan project. Aviation experts at Lufthansa carried out a precise traffic forecast and market potential analysis after the start of the project in 2011. They also conducted operational and technical infrastructure assessment, based on which, the master plan has been developed conforming to global standards of IATA and ICAO.

Lufthansa Consulting helped the airport to develope a road map related to the future development of terminal infrastructure and airfield.

Astana is the new capital city of Kazakhstan. It was developed rapidly during the later half of the 1990s and took on the status of ‘Capital’ in 1997. This was done because Astana was more centrally located than the previous capital, Almaty, and considerably less prone to seismic activity.

The airport unveiled a new passenger terminal specifically for domestic flights in December 2004. The previous building was reconstructed and linked to the main terminal through a gallery. The new domestic terminal has special rooms for the disabled, elevators and baggage belt conveyors. The first floor of the terminal is used for domestic arrivals.

A state-of-the-art business terminal also opened at the airport in June 2007. It was created through refurbishment of an existing building. The airport also has a separate building to serve Commercially Important Persons (CIP).

The cargo terminal of Almaty International Airport covers an area of 28,000m2 (301,389ft2), which includes an A-Class heated covered storage and railside storage. It is the largest multimodal cargo terminal in Central Asia.

The terminal has separate storage spaces for different varieties of cargo, such as hazardous cargo, big-sized cargo and valuable cargo.

The cargo terminal is equipped with the comprehensive equipment needed for loading and unloading. The terminal is constantly under video surveillance, and has all the security systems required for handling emergencies.

Air traffic control at the international airport of Almaty

Phoenix, a multi-sensor data-fusion system from Germany, has recently been deployed at the new contingency tower of Almaty International Airport, for air traffic control. Phoenix is also useful for taxiing guidance and ground control. The data-fusion system (DFS) is equipped with a sophisticated tracker that processes data originating from approximately 50 sensors.

"The airport purchased new equipment in September 2012 to improve passenger and cargo handling."

DFS has enabled four working positions of Phoenix in the contingency tower of the airport, which ensures that even if one of those breaks down, the remaining three will continue taking care of traffic control.