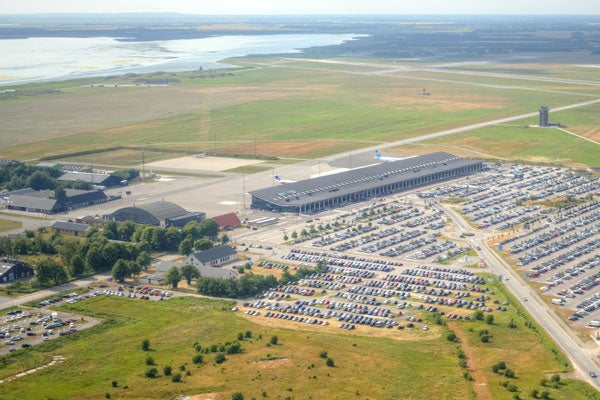 Aalborg International Airport is located at Nørresundby, 6.5km northwest of Aalborg, Denmark. It is the third biggest airport in Denmark and handled 1.4 million passengers in 2013. Aalborg Lufthavn is the owner and operator of the airport.

The international terminal at the airport, designed by Schmidt, Hammer & Lassen, was opened in 2001. The terminal was modernised and expanded in 2007 to handle the increasing passenger traffic.

A further expansion worth £185m (approximately $305m) was launched at the terminal in 2011 and completed in September 2013. The project added 7,000m2 of space to the international terminal.

The project included the construction of a 550m2 tax-free shop, lounge facilities, food and retail facilities and 1,000 new car parking lots. In addition, a number of facilities spread over 12,000m2 were renovated.

The tax-free shop was opened in September 2013 marking the completion of the expansion. The airport now features 12 terminal gates, nine airfields, a new lounge and bar, and more check-in machines.

"The runways were modernised with a LED centre line."

Passenger facilities at the airport

"Passengers are offered Wi-Fi and charging facilities free of cost."

Passengers are offered Wi-Fi and charging facilities free of cost. Other passenger facilities include Chao Chaos hair salons, massage parlours, and a number of food and retail facilities.

Free parking is a unique service by Aalborg international airport. The Bilpleje centre at the airport provides preparation and cosmetic repairs of cars.

Contractors on the terminal extension

Aalborg Architects NORD was awarded the design contract for the terminal expansion. The tax-free shop was designed and developed by The Design Solution. EM Retail Solutions (EMRS) provided furnishing and fitting services for the shop.

A new hotel called Bühlmann Airport Hotel is being constructed by A. Enggaard in co-operation with the hotel family Bühlmann. The new airport hotel is expected to be completed by October. It will feature a lounge, bar and 64 double rooms initially, and 52 rooms will be added during the second phase of construction. The architect for the new hotel is Björk & Maigaard.

"The new airport hotel is expected to be completed by October."

The Aalborg Airport authority has signed an agreement with Lyngsoe Systems to construct a research and development centre, named Nordjysk Innovation Center (NILTEK), at the airport.

The airport is located close to the Aalborg Train Station, the Lindholm train station, and the Aalborg-Copenhagen high speed train route which handles about 25 million passengers annually.