The new LED Inset Runway Guard Light, LITG by OCEM Airfield Technology has all the features the market could ask for runway guard light. 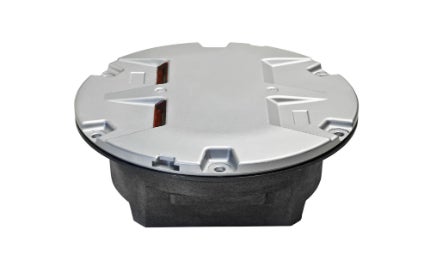 The new LED Inset Runway Guard Light, LITG by OCEM Airfield Technology has all the features the market could ask for runway guard light.

The electronic device, LITG, has the task of returning information from an open circuit to a secondary isolated transformer in case of failure in the illuminated sections of the LED or in the electronic controls. Its average life, like all OCEM products, is 60,000 hours at full use and 100,000 hours under normal conditions.

In newer installations, the use of LED signals involves lower loads for CCRs and low power transformers, which in turn promotes significant overall cost reduction for the entire facility. The LITG has a light emission in line with the standards as per the FAA Engineering Briefing nr 67in, thereby allowing brightness variations similar to that of a conventional halogen lamp.

A Design for Every Installation

The new LITG has a 6mm protrusion from the surface and maximum compatibility with previously installed systems, so it is easily interchangeable without having to make changes to the areas where it is located.

Finally, OCEM Airfield Technology has introduced, as an improvement, the galvanic insulation of the internal signal components which ensures maximum security and protection from power surges.