It may not be the same size as other aviation hubs in the south of England, but Cranfield Airport has always been at the forefront of aeronautical innovation in the UK. Starting life as an RAF base in the 1930s, it eventually became the location for the College of Aeronautics – now Cranfield University – which has continually made developments in the aviation space throughout the 20th century.

This December, Cranfield will continue its innovation streak when it opens the UK’s first digital air traffic control tower. Controllers will move from the airport’s decades-old tower into a separate building, where they will observe aircraft landing and taking off via a live camera feed. Data will be delivered to the control centre’s panoramic screens via a mast overlooking the runway, which will capture information using state-of-the-art cameras and sensors.

The project is being built through a partnership between Cranfield University and Swedish aerospace company Saab, which already has pedigree in a number of other remote tower projects. It is expected to be the first major project for the Digital Aviation Research and Technology Centre (DARTEC), which was built to boost Cranfield’s research capabilities.

The tower will be a major milestone for British aviation and, according to Cranfield Airport director of aviation operations Rob Abbott, could be a huge step towards the deployment of remote tower services (RTS) across the UK.

Digitisation of air traffic control towers is a growing trend at airports worldwide. Since 2006, Saab has been collaborating with Swedish air navigation service provider LFV to develop RTS systems. In 2015, the organisations launched a digital control centre at Sundsvall Örnsköldsvik Airport, making it the world’s first airport to manage traffic remotely.

“Air traffic controllers will sit in a building about 400 yards away from the old tower.”

Other remote tower projects are ongoing in the US, Singapore and even elsewhere in the UK. London City Airport is currently in the late stages of its own RTS project, also featuring Saab’s remote solution. A mast holding 14 HD cameras will feed data through to a control room 80 miles away, at the headquarters of NATS, the UK’s primary air navigation service provider.

Unlike this project, Cranfield’s centre will be a lot closer to home. Air traffic controllers will sit in a building about 400 yards away from the old tower, which has put in a decent shift since it was built in 1936. Abbott says they will be able to see the airport if they open the blinds, and so the term ‘remote’ doesn’t really apply.

“If you digitise the interactions between controllers, aircraft, vehicles, and so on, you get more fidelity, you get more information and then you can analyse it better, so for us it’s all about the digitisation of the area – it’s not about [moving] people away from the site,” he says.

Abbott adds that Saab’s expertise – particularly with regards to human factors assessments – has been invaluable on the project.

“They’ve got controllers to sit with engineers and come up with every element of why the tower looks acts and feels the way it does,” says Abbott. “The lighting, the frame-rate, the cameras, the positioning; everything is because they’ve done it once, tested it, taken feedback into the system from air traffic controllers that have been on the journey and then developed it around those requirements.” 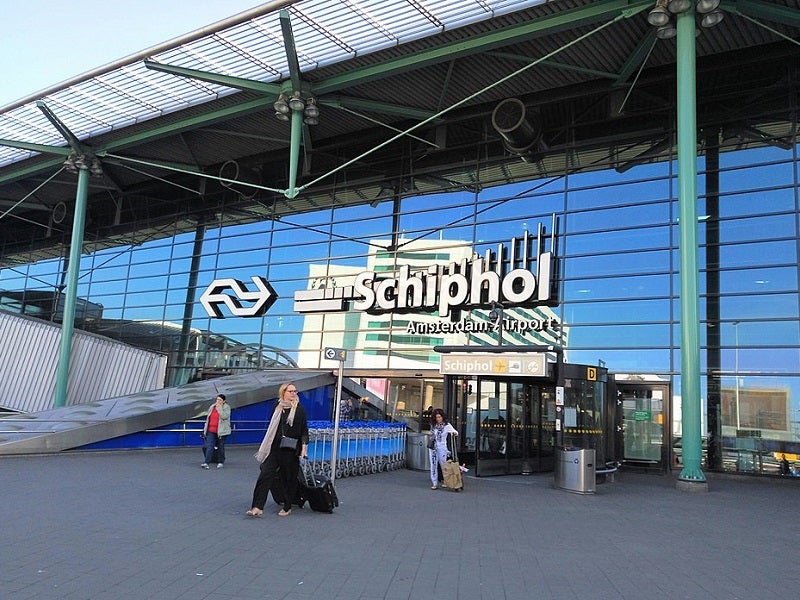 At the time of writing, the Cranfield digital tower is in its commissioning phase, with the construction phase for the camera mast already completed earlier this year. In August, Rode & Schwarz announced that it had been selected to provide a state-of-the-art voice communications system (VCS) to the digital control tower.

“The main challenges are related to the integration of different systems from several providers in the same operational environment.”

Digital control towers offer a number of potential benefits. They can enhance a controller’s visual awareness, as they are able to overlay information such as call-signs, speed and altitude on to aircraft. Images on the screens can also be adjusted so that controllers are able to see planes better in difficult lighting conditions, or even zoom in on specific areas.

“The human factor is most important when it comes to air traffic control.”

For Cranfield, visibility has become an issue over the airport’s lifespan as new buildings have popped up, but not so with the new mast, which is considerably higher and aligned slap-bang in the middle of the runway. Another benefit is that towers will constantly be recording video, preventing the hassle involved with collecting evidence in the event of an investigation.

“For us, as a research airport, that gives us great capability, because if people want to come and trial aircraft and drone operations or any sort of other research activity in conjunction with our ANSP [air navigation service provider], we can record it,” says Abbott.

This technology is all well and good, but Abbott says it can make it easy to forget that the human factor is most important when it comes to air traffic control. Transition training will be required to acclimatise the airport’s five controllers, who will move from a tower offering 360-degree visibility to a fleet of screens offering a 270-degree view.

“We’re looking at this as a way of enabling aviation to move at a quicker pace of innovation and progress towards a digital age,” he says. “As one of the first UK air traffic control towers to do this, we want to work with other air traffic control units [to help them] understand those issues – understand those milestones and how to prepare and how to train [controllers].”

RTS has been a more attractive proposition for smaller and mid-sized airports, which might struggle with the high maintenance costs. But just how ubiquitous could the technology be in the future?

“Aviation is quite naturally risk-averse.”

Scepticism is the bedfellow of any new methodology, but Abbott says that concerns about fail safes on digital control towers are misplaced. Cranfield’s digital tower has been built to follow CAP 670 requirements for engineering and air traffic equipment. There are also multiple redundancies in place to back up the tower in the event of a system failure – such as backup generators in case of power loss.

Abbott concludes that the focus should be placed on the potential safety and operational benefits that digital towers offer and that it’s possible we’ll look back on standard traffic control towers one day and wonder why we didn’t switch sooner.

“Aviation is quite naturally risk-averse because of what it is, and that is totally understandable and a defendable position to be in. But when you look at how far every other industry in the world has progressed and we see replacing looking out of a window with watching it on a high-powered camera as being a quantum leap – it’s quite bizarre really, isn’t it?

“I think one of the problems is always ‘you’ve got to see it to believe it’. It is such a change to the current operation.”