Airports have been increasingly investing in art programmes as a way to create a more sophisticated travel experience for passengers. After a new selection of artists showed off their wares at aviation hubs in 2017, Airport Industry Review has taken a tour of four of the year’s cultural highlights. 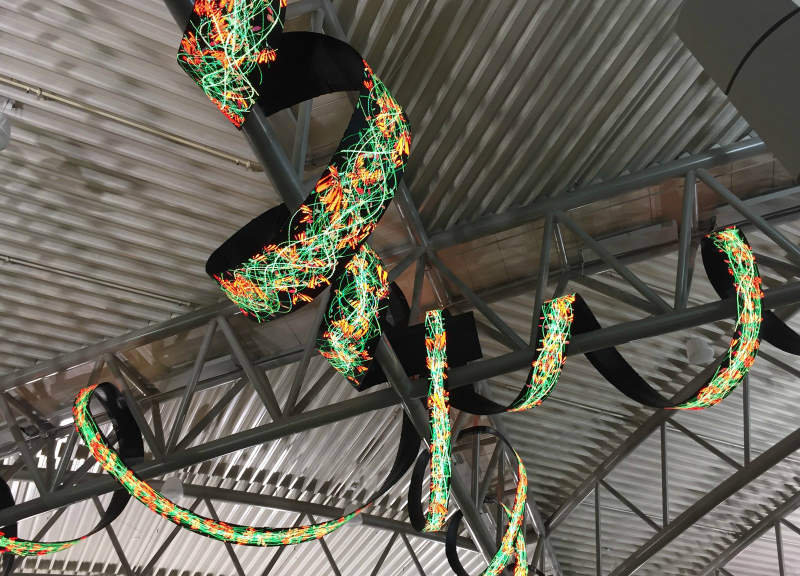 Tampa International Airport took its artistic commitment to new levels in 2015, when it devoted $3.5m to a public art programme as part of its major ongoing expansion. Run by Tampa’s Public Art Committee, the programme’s goal was to create pieces that left passengers with a lasting impression of the region.

Artists responded in droves, submitting 753 national and international entries to Tampa’s call for artists in August 2015. Since then, a period of shortlisting cut the total down to a smattering of proposals, which are gradually being introduced at the airport.

“The calibre of the artists and their proposals were truly remarkable,” said Chris Minner, TPA’s vice president of marketing, after contracts were approved for the art installations last year. “This public art will make unique and lasting memories for the millions of travellers who see it every year.”

Several of the chosen projects came to fruition in 2017. Visual artist Daniel Canogar hung a number of ribbon-shaped metal strips and LED screens in decorative coils around the ceiling trusses in the airport’s Airside F. Picture vines wrapping around a tree, if each vine was actually an electronic monitor projecting randomly generated images of growing digital plants.

Elsewhere, Cuban artist Esterio Segura has christened Tampa’s newly renovated travel hub with seven heart-shaped aeroplanes, which fly in a Cupid-meets-Red Arrows formation over the heads of passengers. Initially formed in clay and then reproduced in fibreglass, the model planes feature wingspans ranging from 10ft to 16ft. 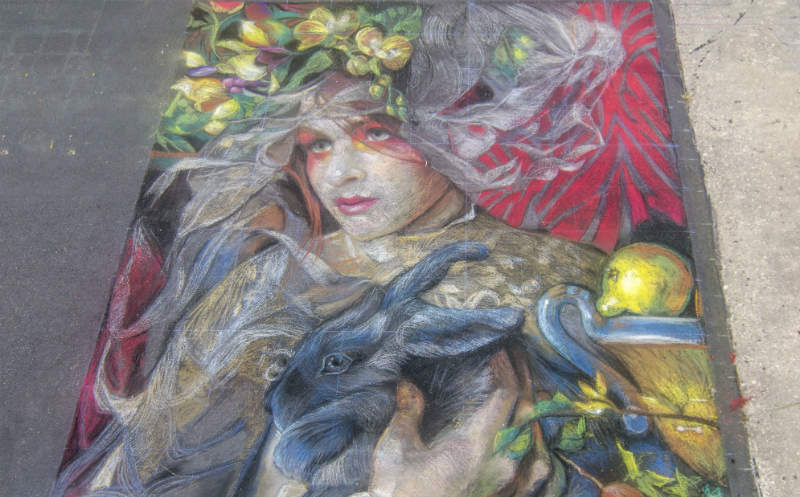 In November 2017, chalk artists flocked to Florida to draw staggering masterpieces on the floor of Venice Airport’s nearby festival grounds.

Running in its current format since 2010, the International Chalk Festival is said to have been the first international pavement art festival in the US, and each year features the most 3D pavement paintings assembled in one location. Past festivals have seen almost 200,000 visitors immersing themselves in the floor-based artwork, the majority of which are drawn on disused runways.

Last year, the festival celebrated its tenth anniversary with an ‘Evanescent’ theme. Artists from 36 different countries were picked to put chalk to pavement, while a Young and Young at Heart creative area catered to those taking their first forays into the art form. 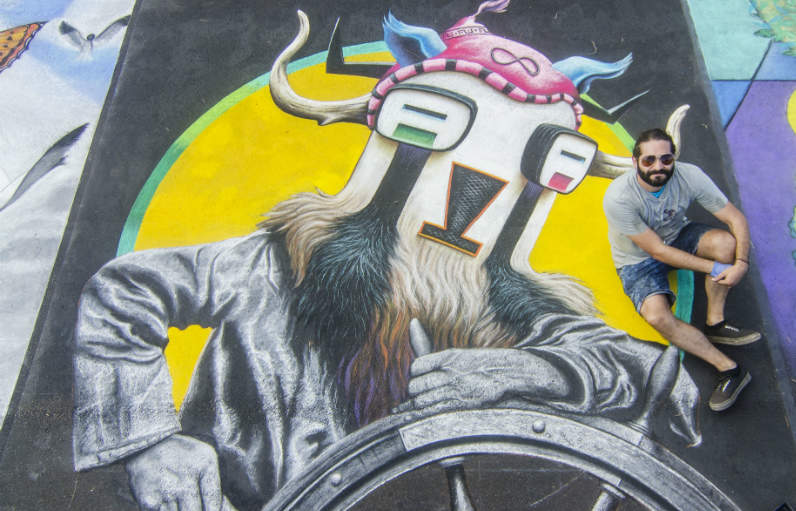 The festival was bustling with jaw-dropping designs. Marion Ruthardt and Gregor Wosik created ‘Synergy’, a piece that spills down from a 2D image drawn on a pop-up billboard into a chalk drawing at the base, creating a seemingly 3D landscape. Dutch artist Leon Keer bucked the tarmac trend, working with a team of five artists to create a 30x30m noughts and crosses board over a large section of grass.

For the first time in 2017, a new museum was unveiled to showcase memorabilia and images of the event’s previous artworks, which have covered subjects stretching from the circus to extinct and endangered species. 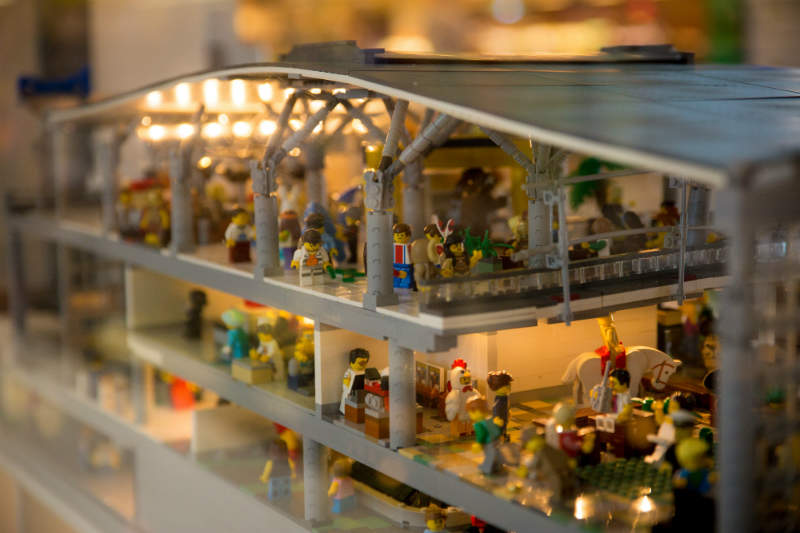 Since August 2017, Craig has been working on the BricksBNE project, which involves building two large-scale works: one showing a day in the life of Brisbane Airport’s International Terminal; the other a detailed model of a so-called ‘aviation wonder’ of the future. However, the project has also been encouraging passengers to pitch their own ideas of airport experiences they’d like to be recreated.

“Airports are full of stories, and beyond spending the year bringing together two major passions, aviation and building with LEGO, I am excited to have the opportunity to engage travellers, illustrating their stories and travel experiences with LEGO bricks,” Craig said in a statement last year.

Since Craig began what many outlets reported to be ‘the greatest job on Earth’, he has spent more than 100 hours building a model of a Boeing 787, as well as hosted public workshops to share LEGO building tips with passengers.

Since Brisbane Airport kicked off its new artist-in-residence scheme in 2015, the transport hub has welcomed paintings from realist Robert Brownhall and serenaded passengers with modern and classical compositions from the Queensland Symphony Orchestra.

Art of the Ride 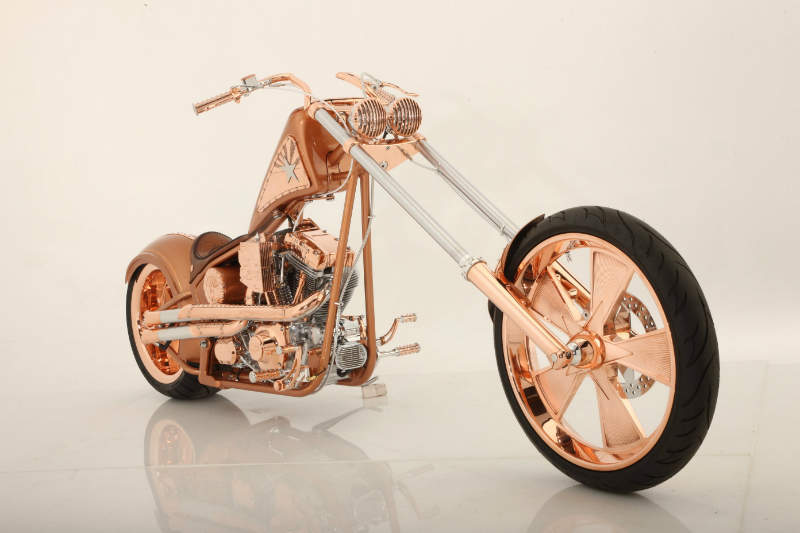 An exhibition paying homage to bikers might sound a little intimidating, but thankfully Phoenix Airport’s new Art of the Ride exhibition features zero waxworks with gnarled expressions. Think more along the lines of beautifully detailed motorcycles, bike parts, paintings and photographs showcasing ‘the camaraderie of riding’.

The airport hails the exhibition as an ode to Arizona, a state that’s particularly motorcycle-friendly due to its year-round sunshine and highways that stretch endlessly into the horizon. No more so is this evident than in the ‘Copper Chopper’, a glimmering metallic beast designed and built by famed creator Paul Yaffe in honour of Arizona’s 2012 state centennial celebration.

The bike highlights Yaffe’s attention to detail; the sides of its gas tank feature an engraved plaque of Arizona’s state flag, while a miniature map of the state can be found next to its customised Harley-Davidson engine. 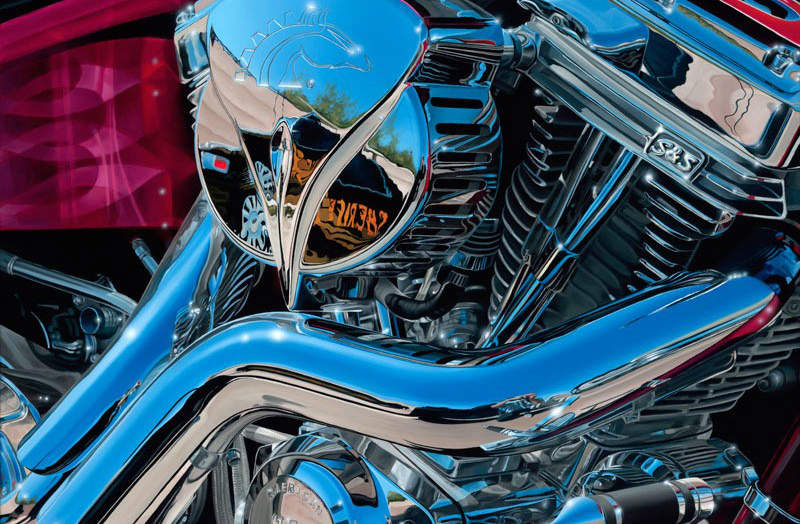 Also featured at the ongoing exhibition were a series of black and white photographs depicting motorcycle riders in the 1970s, a video of the Grand Canyon’s surrounding areas as seen from a biker’s perspective, and a ghoulish gas tank adorned with the face of Frankenstein.

Commenced in October 2017 and continuing until the end of May 2018, the showcase is a striking venture for the Phoenix Airport Museum, which claims to be one of the largest institutions of its type in the US. It features a collection of nearly 900 artworks across 35 exhibition spaces.