Established 26 years ago, the company’s current range includes more than 30 models, from 1KVA workshop converters through to 120KVA GPUs. Failsafe also has a military division, manufacturing military-grade GPUs and converters. All Failsafe models are manufactured in-house, in the UK.

Failsafe GPUs are built around a flexible modular system, offering many variations and easy customisation to a client’s exact requirements. The core 400Hz GPU range, the SFC8000 series, is available from 10-120KVA, in plinth-mounted, wheeled, air-bridge or tow-trailer formats. Feature packed, SFC8000 GPUs are noted for their ease of use, extremely small size and low weight, and virtually silent operation.

Combining a 400Hz GPU and 28VDC GPU in one case, Failsafe combos provide the most flexible and cost-effective ground power solution. Unusually, the two GPUs are completely independent of each other (the 28VDC is not derived from the 400Hz GPU) so each output may be used concurrently, even at full power.

Failsafe SFC9000 series 28VDC GPUs use an innovative high-frequency topology to dramatically reduce size and weight. It is capable of providing very high peak currents for engine starting, even the largest 600A model (2,000A peak) is a compact hand-push cart, weighing-in at less than 75kg.

Failsafe makes a range of ‘reverse’ GPUs, where a 400Hz aircraft supply, perhaps from an apron GPU or a central distribution system, may be converted back into a standard 50Hz or 60Hz utility supply.

Failsafe’s range of workshop 400Hz converters has become an industry standard, with more than 10,000 having been supplied. Spanning from 1KVA to 50KVA, in a myriad of input and output combinations and including 19in rack-mount versions, virtually any 400Hz equipment maintenance workshop, test facility or hangar plant-room application can be catered for. 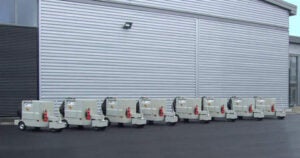 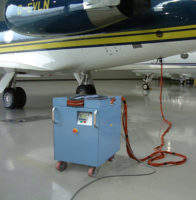 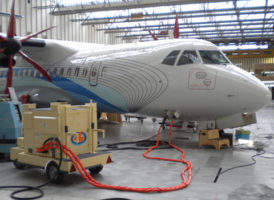 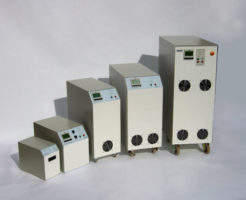