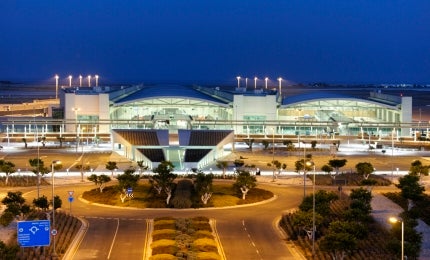 By employing powerful, patented innovations, the company’s products have proven to lower the cost of operations while ensuring lifetime-quality levels in equipment and unrivalled performance for coverage and high-speed mobile data.

Components for wireless connectivity in airports

With more than a century of experience and an excess of 400 patents, JMA Wireless enhances and protects the integrity of wireless signals in all types of environments, including airports, rail stations, sports complexes and corporate campuses.

Even though airports present a variety of challenges to mobile connectivity, the DAS from JMA Wireless meets the capacity and coverage requirements at many of the world’s busiest airports. DAS’s rack-mounted master unit combines different high-speed wireless technologies such as long-term evolution (LTE), the universal mobile telecommunications system (UMTS) and others, with multiple bands to serve the various needs of an airport environment.

The master unit simultaneously drives a connection throughout the facility and surrounding outdoor areas. This is achieved by using both high and low-power remote units via an integrated platform, in addition to common optical transceivers, sub-racks, power supply and supervision modules. Often times in the gates or fingers of an airport, low-power units may be used while in the larger open spaces such as check-in, the baggage drop area and car parks, high-power units are installed to provide mobile connectivity.

The solution supports the various power level units automatically and brings the proper level to the base transceiver station.

The DAS is an innovative, cost-effective solution for airports as it minimizes the number of fibers that are needed to connect multiple buildings and car parks.

This is accomplished by three technologies developed and produced internally by JMA Wireless:

WDM filters are integrated in optical modules, which allow a single fiber for each remote unit to be used to support two different wavelengths for uplink and downlink transmissions

With a single fiber up to 16 remote units belonging to a sector and one multiple input multiple output (MIMO) path can be connected. Once the remote building is reached, a star topology is used to connect all RU locations throughout the facility

DWDM multiplexers / demultiplexers are integrated in the head-end rack at the BTS hotel and in the remote location to further minimize the number of fibers needed between buildings. With DWDM filters, up to four sectors or 64 total remote units can be supported by a single fiber, compared with the 64 separate fibers often required.

This type of deployment not only results in reduced cost and complexity, but in better performance as well. The DAS solution acts on the settings in the point-to-point modules and remote units, in order to find the optimal trade-off between system noise and robustness.

JMA Wireless’ solutions are accompanied by extensive technical knowledge and experience. All the components included in the DAS solution are engineered, designed and manufactured in-house.

Keeping Travellers Connected on the Fly

Around the globe billions of people engage in air travel every year.

Keeping Travellers Connected on the Fly

Around the globe billions of people engage in air travel every year.

Kempegowda International Airport, built on the city outskirts commenced its operations in May 2008, after delays in air traffic control services set forward the original planned opening date of 30 March 2008.

El Dorado International Airport is one of the top 100 busiest airports in the world. It is located 15km west of the city centre of Bogota in Colombia, South America.

Queen Alia international airport is situated in the Zizya area, 20 miles south of Amman, the capital city of Jordan. Spr

Designed to be a regional hub, Kuala Lumpur International Airport (KUL) is built with features that allow flexibility fo

Winnipeg James Armstrong Richardson International Airport (renamed in December 2006) is the major airport in Winnipeg, i

GMR-Hyderabad International Airport Limited (GHIAL) is a joint venture company promoted by GMR Group (63%) with Malaysia Airports Holding Berhad (MAHB) (11%), Government of Andhra Pradesh (13%) and the Airports Authority of India (13%) as the other consortium partners.

Montréal-Pierre Elliott Trudeau International Airport is located in the city of Dorval, on the island of Montréal and is