The military action against Ukraine has resulted in oil prices surging to above $100 per barrel, for the first time since 2014.

The energy companies in Europe, however, are looking to purchase more fuel from Russian firms, including Gazprom PJSC, under long-term contracts.

These deals are priced in a way that means imports from Moscow are now cheaper, compared to spot gas at hubs in other European nations, according to the publication. 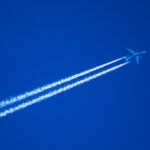 Special Focus
Can SAF really usher in a new era of guilt-free flying? 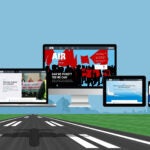 Special Focus
Can we picket? Yes we can! AIR 79 is out now!

Special Focus
How have sanctions against Russia impacted aviation? 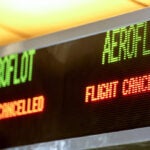 Special Focus
What impact will the Russia-Ukraine conflict have on the aviation sector?
Data Insights
View All

Ulrich stated: “There may also be a strategic component as buyers seek to buy now, given a potential for disruption inflows or further price increases.”

An additional 6.5 million cubic metres a day of pipeline space has been booked by traders to flow gas through the Velke Kapusany entry point, on the border between Ukraine and Slovakia, to Europe.

The publication cited data from Ukraine’s grid operator that shows Russian gas exports via Ukraine have risen by almost 38% on 24 February, with the possibility to increase even further.

Global crude oil prices have increased by nearly 3% over concerns of global supply disruptions that could result from the potential impact of trade sanctions on Russia.

The news agency cited OANDA senior market analyst Jeffrey Halley as saying: “The Ukraine situation will serve to keep prices elevated, as will the threat of disruptions, real or imagined, coming in an environment of already strong demand and constrained supply globally. I believe Brent crude will now trade in a $90-110 range over the next few weeks.”

Earlier this month, Glencore announced that it has agreed to sell its stake in the Russian oil company Russneft, to an undisclosed buyer.