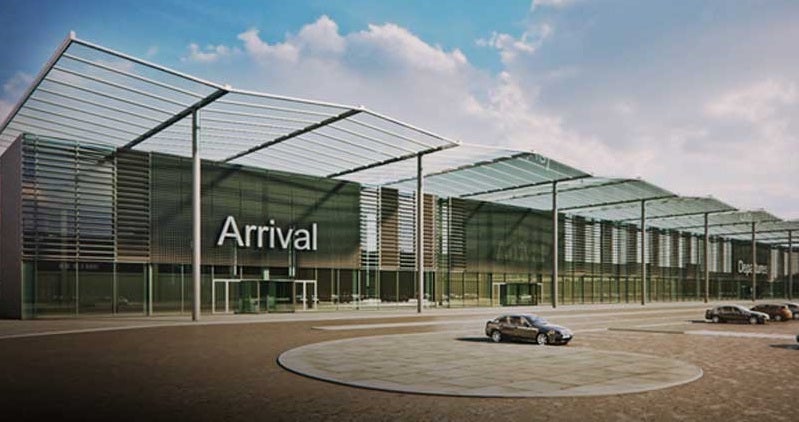 Zhukovsky International Airport is a new airport in Moscow, Russia. Also known as Ramenskoye Airport, it was opened in May 2016 as the fourth international airport in the city. It is constructed within the existing Ramenskoye aerodrome in Moscow Oblast in Zhukovsky, 43km from central Moscow.

The airport has an initial capacity to accommodate two million passengers a year, which will be increased to 12 million with further expansion by 2020.

Contrary to the existing airports in the city, including Domodedovo International Airport, Sheremetyevo Airport and Vnukovo Airport, the Zhukovsky airport will be open for classic and low-cost airlines.

International holding group Avia Solutions Group and Russian state corporation Rostec formed a joint venture (JV) called Ramport Aero for the construction and development of the new airport. By investing approximately RUR1bn ($30m), Avia Solutions owns up to a 75% share in the JV.

Moscow is a major air transportation hub in Russia with three airports serving millions of passengers a year. The airports have, however, reached their maximum passenger handling capacity and are expected to receive 96.5 million passengers in 2020.

Even after expanding the existing facilities, there would be a capacity deficit of ten million. Moreover, the existing airports cannot accommodate low-cost carriers. As a result, a new airport with a capacity to serve 12 million passengers a year for both traditional and low-cost air travel segment was planned.

The Zhukovsky Airport development is planned to be completed in phases. During the recently opened first phase, a new 15,000m² passenger terminal with a capacity to handle two million passengers a year has been constructed. Also constructed are short-term and long-term parking facilities with a capacity for 200 to 300 vehicles respectively.

To be completed in 2017, the second phase will further increase the airport capacity by six million passengers a year by developing a new passenger terminal. A new 14,000m² cargo terminal of will also be constructed during the phase.

The third phase will see the construction of a third terminal with a capacity of 12 million passengers and will be completed by the end of 2020. Other facilities to be constructed during the phase include hotels, and commercial and office centres.

Other future developments at the airport include construction of a 5,000m² cargo handling terminal, a multi-storey car park, an aircraft maintenance centre, and other hotels and office spaces.

In addition, a 100,000m² shopping and entertainment mall will be developed, which will be connected to the terminal to ensure constant flow of passengers and visitors to the shopping centre.

The airport is equipped with the most modern baggage handling systems to ensure fast and uninterrupted service for the passengers. The equipment is in compliance with the requirements of aviation security and airport operations in the Russian Federation and to the standards of the International Civil Aviation Organization (ICAO), the European Aviation Safety Agency (EASA) and the International Air Transport Association (IATA).

"The airport has an initial capacity to accommodate two million passengers a year, which will be increased to 12 million with further expansion by 2020."

The maximum capacity of the airport is projected to be 1,080 passengers an hour, which will require the baggage handling system to process 3,600 items an hour.

The airport features a single runway, which was constructed from one of the two landing strips at the Ramenskoye airfield. At 5.5km, the runway is the longest in Europe.

Lithuania-based Vilniaus Architekturos Studija (VAS) and the Russian company Stroipodryad were appointed as the designers for the new airport project. Using a low-cost airport model, the companies have designed the facility. While VAS was involved in the designing process, the other partner has overseen the project’s compliance with local regulations.

The contract to supply and install baggage handling systems and related equipment was awarded to WeKey Consulting. The firm supplied all the necessary inspection equipment and explosive detection systems.