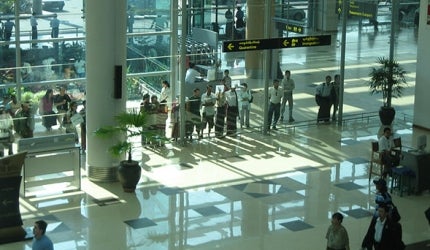 Yangon International Airport (YIA) is the second biggest airport in Myanmar, after Mandalay Airport. It is located in Mingaladon, which is around 15km north of downtown Yangon. Originally built in 1947, the airport is owned by the Myanmar Government and operated by Yangon Aerodrome Company Limited (YACL).

"The airport is owned by Government of the Union of Republic of Myanmar."

Pioneer Aerodrome Services (PAS) Consortium was selected for the airport development project in 2013. The Department of Civil Aviation (DCA) entered into a concession agreement with YACL to upgrade Yangon International Airport in January 2015.

The airport’s development project is being executed in three phases. Phase one incorporates two stages. Stage one involved the construction of the new T1 international terminal, which was opened in March 2016. It added a gross floor space of approximately 100,000m². Stage two involves the construction of a new domestic terminal.

The T1 provides approximately 35,000m² of floor space for retail outlets, F&B dining areas and commercial areas and 3,000m² of lounge space for passengers, and includes a shopping mall with restaurants and retail choices.

Phase two is expected to enlarge the new existing terminal and will further involve the construction of a VIP and commercially important person (CIP) terminal.

Phase three will further expand the terminal and include the construction of a multi-storey car park.

The new terminal is expected to create 600 new jobs and will enable the airport to handle 20 million passengers per annum.

Expansions at the old terminal

In June 2011, the Myanmar Government announced plans for the expansion of the terminal at Yangon International Airport, in a bid to increase passenger handling capacity by around 40% from the existing 2.7 million passengers a year to 3.8 million by 2013.

Biddings for the terminal redevelopment project were called for in October 2012.

The project to construct Mandalay International Airport has taken around four years, after work began in 1996. The airport was officially opened in September 2000 at a cost of $150 million and represents the largest and most modern international airport in Myanmar (formerly Burma). The project was financed by the government of Myanmar, the State Peace and Development Council (SPDC) through the Thai Exim Bank. The capacity of the airport is estimated to be three million people annually.

In April 2003, the runway of the airport was expanded from 8,100ft to 11,200ft. The expansion resulted in handling larger jests such as Boeing 747. The runway expansion was designed by CPG Airport Consultant, based in Singapore and constructed by Asia World.

"Stage one involved the construction of the new T1 international terminal, which was opened in March 2016.

The air traffic control (ATC) at Yangon airport is carried out from the ATC operations building. The Air Traffic Management Division (ATMD) is responsible for providing air traffic management services within Yangon.

The airport has a two-storey car park with spaces for more than 340 vehicles. It has both short-term and long-term parking spaces available.