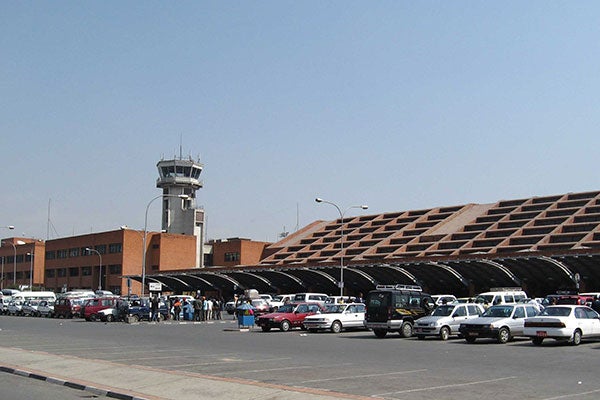 Tibhuvan International Airport (TIA) is located 5.56km east of Kathmandu, Nepal. The airport was previously known as Kathmandu Airport and was renamed in June 1955. TIA obtained international airport status in 1964.

TIA is currently the only international airport in Nepal, with another currently under construction. The airport has been facing heavy congestion with busy runways and limited space for aircraft storage.

"Following completion of the expansion, TIA will be open for use 24 hours a day."

The TIA expansion model was passed in 2009 by the Ministry of Culture, Tourism and Civil Aviation (MoCTCA). The model includes two expansion phases of the TIA and construction of a new international airport in Nepal.

Currently only able to operate until midnight; following completion of the expansion, TIA will be open for use 24 hours a day.

The airport is expected to handle 5.85 million passengers by 2015. The expansion will generate 500 direct jobs during construction and 2,000 new jobs post expansion.

Construction of the new $17.53m (INR 105m) domestic terminal building (DTB) started in January 2013 and is expected to be completed by the end of 2013. A new car park will also be built near the International Terminal Building (ITB).

The airport is being expanded as part of a project called Air Transport Capacity Enhancement Project (ATCEP). The project was previously known as the Civil Aviation Airport Development Project.

LEAPP was appointed by the ADB to carry out a Project Preparation Technical Assistance study on the TIA for air traffic forecast and the airport’s Infrastructure Development Plan in 1996. The ATCEP was identified for the period 2010 to 2023, based on the study.

The ATCEP includes two phases of construction. Phase I will include the demolition of the existing domestic terminal building (DTB), expansion of the international aircraft parking apron towards the DTB side, development of a new aircraft maintenance base, and the construction of a new 1.4km parallel taxiway and a new low-cost DTB for use until 2017.

It will also include upgrading the navigation and air traffic surveillance systems, improvement of water supply and sewerage systems, and refurbishment of international terminal building facilities. The construction of phase 1 started in 2009 is expected to be finished by the end of 2013. The investment on this phase is expected to reach $53.8m.

It will also include the construction of additional car park and road infrastructure facilities for the new international terminal, upgrading the control and navigation systems, and replacing the RADAR systems and commercial developments at terminals.

Construction on phase II is scheduled to begin in 2014 and will be completed by 2018.

The airport originally has one domestic and one international terminal. The apron capacities of the international and the domestic terminals are nine and 17 aircraft, respectively. The helipad area can accommodate up to 13 helicopters.

The TIA has been installed with Common User Terminal Equipment (CUTE) systems since September 2011.

France-based air transport IT specialist SITA provided $20.03m (Rs 120m) for the installation of CUTE systems to the Civil Aviation Authority of Nepal (CAAN). The CAAN signed a seven-year agreement to pay back the amount to SITA.

The CUTE systems provide easy check-in facilities to passengers, as well as better monitoring of flights, updated information for passengers and better management of queues. The airport has 36 check-in counters after the installation of the CUTE systems.

The airport has a separate cargo building for cargo related process. A new centralised air cargo complex was proposed as part of the airport expansion project, in order to deal with the increasing problems with cargo safety, cargo building capacity, and cargo handling management.

The complex will have a design capacity to export 24,000t of cargo and import 12,000t of cargo when fully operational. The import and export capacity during phase I of the expansion will be 10,000t and 16,000t, respectively.

SANJOSE Constructora received a $70m contract for the phase 1 expansion of the airport.

"The airport has been facing heavy congestion with busy runways and limited space for aircraft storage."

The contractual scope will include the enlargement of the existing runway, construction of new taxiways, extension of the apron, installing new lighting in the airfield, reformation of the international terminal, and installation of a new system for baggage carriage.

The Asian Development Bank (ADB) will provide $80m ($70m in loans and $10m in grants) for the expansion of the airport.

The Government of Nepal will provide additional $12m for the project.