Frankfurt Airport is Europe’s busiest cargo hub, made possible by the steady growth of its CargoCity over recent years. The hub continues to expand and expects to be capable of handling 3.16 million tons a year by 2020.

CargoCity is divided into two major areas; CargoCity North, which is the main base of Lufthansa Cargo AG; and CargoCity South, which is home to a number of global players such as the local freight-handling company Fraport AC.

A range of infrastructure is available to air cargo companies including special facilities for express freight, frozen foods, airmail, animals and hazardous goods. The 9,000m² perishable centre, for instance, offers 20 different climate zones while the 3,750m² animal lounge is one of the world’s most advanced animal-handling stations and features 42 large animals stalls and 12 individually climate-controllable chambers.

“Memphis International Airport has what is generally considered the largest cargo operation by volume of any airport worldwide.”

Memphis International Airport has what is generally considered the largest cargo operation by volume of any airport worldwide. The FedEx Express Super Hub was established in 1993 and handles approximately 3.3 million packages a day. Spread over five miles, the facility has parking slots for 175 aircraft and 300 miles of conveyor belts. It supports the largest air cargo fleet in the world.

The airport also offers facilities of its own through Cargo Central, a five-phase build-to-suit facility featuring approximately 1.4 million square feet of ramp area. The first phase of the project, which has already been completed, offers 36,000ft² of building space and each subsequent phase will offer another 61,500ft². Once complete, the facility will offer cold and hazardous materials storage as well as front-office administration and management spaces.

Located adjacent to the ever-growing Dubai International Airport, Dubai Cargo Gateway (DCG) has a total handling capacity of approximately 800,000t a year. As the Middle East’s first cargo-handling facility to be awarded an ISO 9002 certificate (1998), the facility has set about establishing itself as a key stop-off location for airfreight being transferred between Europe and the Far East.

In 2008, DCG opened its new mega cargo terminal, which has a total handling capacity that will eventually total 2.7 million tons of cargo a year. The 43,699m² site is dedicated to local carrier Emirates Sky Cargo and has automated handling systems and real-time tracking of cargo. 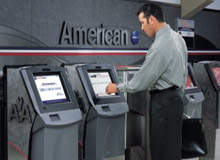 The air cargo terminal at Hong Kong International Airport (HKIA) has been ranked as one of the busiest for international air cargo since 1996. As one of the most important aviation centres for the Chinese mainland, the total cargo throughput at HKIA in 2008 accounted for 35.5% of the total value of the territory’s external trade, which amounted to HK$2,075bn.

In late 2007, ten new cargo stands were opened taking the total number of stands available at the airport for large aircraft to 34. According to reports, HKIA is expected to eventually reach a total capacity of nine million tons per annum.

The cargo hub at Paris-Charles de Gaulle Airport covers an area of 3,257ha and includes six cargo terminals. With a reported 30% share of air freight in terms of the value of French exports, the airport has seen strong growth in express freight in recent years, with FedEx most notably establishing its second global hub at the site. Other major express players at the airport include UPS, DHL and TNT.

The French Post Office and its subsidiaries have a strong presence at the airport and currently make use of infrastructure covering more than 17ha, while a 14,000m² perishable facility, which can handle more than 300,000t of perishable goods a year, is also available at the airport.

The cargo hub has continued to expand in recent years and in 2007 a new 17,300m² cargo terminal with 5,000m² of offices on two storeys was opened. Aéroports de Paris, which operates all airports in the Ile-de-France department, has also begun a study into the construction of a high-speed freight rail link to extend the links between air and rail for some European destinations.

The 47ha Changi Airfreight Centre has nine airfreight terminals with a combined handling capacity of three million tons per annum, making it one of the world’s largest air cargo operations.

Two dedicated express and courier centres with an annual handling capacity of 40,000t, 125,000m² of office and warehousing space, and 12 freighters parking bays (each of capable of holding the industry’s largest freighters – B747Fs) are also found at the site.

All niche forms of cargo are handled at the centre, which includes an airmail transit centre and a quarantine centre for the inspection of imported animals and plants. A 24-hour customs checkpoint is also on hand for cargo operations.

The Changi Airfreight Centre is managed by the air cargo division of the Civil Aviation Authority of Singapore. The hub has seen a steady climb up the air cargo traffic league tables in recent years, largely due to the domestic electronics industry and the large amount of electrical components handled at the airport.

UPS first established its hub at Louisville Airport in 1982, and has grown from 135 staff sorting 2,000 packages a night, to 20,000 staff sorting 2,000 packages every 24 seconds. In 2002, UPS opened the $1bn Worldport, which covers five million square feet and is located between Louisville International Airport’s parallel runways. The international air express hub is estimated to connect the airport to 200 countries and territories.

Located 70km from South Korea’s largest city and capital, Seoul, the airport’s cargo terminal complex has three cargo terminals, five separate warehouses and a number of administration offices. The complex was initially designed to process 1.7 million tons of cargo a year but due to an increase in demand, two of the cargo terminals were expanded and the facility can now handle 2.7 million tons a year.

It is one of the main hubs for US-based carrier Polar Air Cargo and other customers include Air China Cargo, British Airways World Cargo, Cargolux and China Airlines Cargo.

“Incheon International Airport is one of the main hubs for US-based carrier Polar Air Cargo.”

Ted Stevens Anchorage International Airport in Alaska is a strategic hub for cargo being transferred between North America and the Far East. Both FedEx Express and United Parcel Service operate major hubs at the airport for cargo heading to and from the Far East.

The airport markets itself on its air cargo transfer rights claiming that the Alaska International Airport System is the most liberalised in the US. In January 2004, a new law was introduced that allowed air cargo to or from a foreign country to be transferred to another airline in Alaska without being considered to have broken its international journey.