Dallas Fort Worth Airport, Texas, US 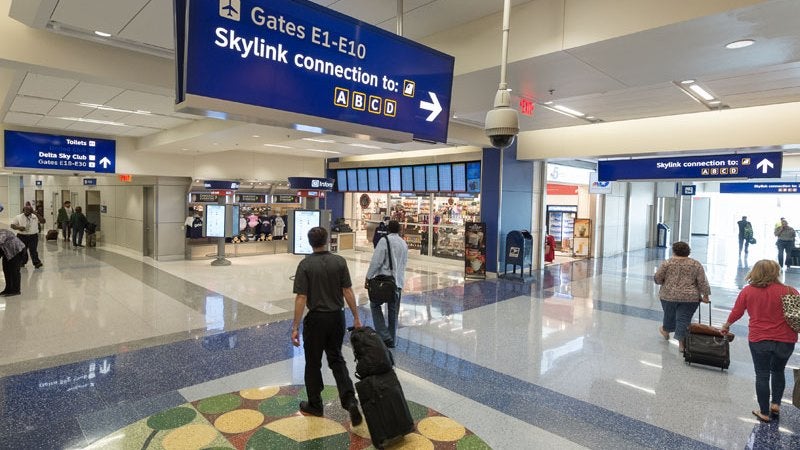 Dallas Fort Worth International Airport (DFW) has been undergoing a major development and modernisation programme since May 2011 in order to upgrade its aging facilities.

The redevelopment has been named the Terminal Renewal and Improvement Programme (TRIP), and encompasses the re-modelling and restructuring of the airport’s existing terminals A, B, C and E. The current terminal sites have been operating since 1974.

The $2.7bn multi-phase project was planned for execution over seven years, during which most of the proposed developments have taken shape; the refurbished Terminal A welcomed passengers in January 2017

Two thousand jobs are expected to be create as a result of the project’s combined works, enabling the airport to continue being a major contributor to the region’s economy.

DFW airport will feature some of the most modern terminals and passenger facilities once completed, and is expected to suitably meet the needs of the passengers for the next 50 years.

Objectives of the TRIP programme

TRIP is one of the major components of the Airport’s wider plan to transform the existing amenities into latest and modern facilities, in order to meet the needs of current-generation passengers.

Most sections of the terminals are planned for renovation of some kind, including ticketing, security and concessions areas.

Other terminal systems such as electrical, plumbing, ventilation, heating, cooling, conveyance and telecommunications are also planned for upgrade and / or replacement.

The main objectives of the seven-year project include replacing the aging infrastructure with new terminal systems, improving the facilities’ operational efficiency and enhancing the current security features.

The redevelopment also aims to increase non-airline revenue generation and reduce overall costs, as well as aim for long-term sustainability and eventually make the airport competitive.

Details of the renovated Terminal A at Dallas Airport

The latest terminal to reopen under the TRIP programme was the renovated Terminal A, which featured particularly extensive improvement works completed in in the ticketing, security, parking and concessions areas.

The terminal now features a total of 26 passenger gates with improved passenger flow. The check-in area was also redesigned to feature more and larger check-in points.

Passengers can now find more number of self-service check-ins for convenient processing, and the two baggage claim areas were expanded and upgraded with digital signage. Way-finding signage was installed throughout the area to make it easier for passengers to locate specific services.

The renovated terminal now features 50% more space for dining and retail. The newly created concession area is located close to the security checkpoints and Skylink stations, and consists of significantly upgraded outlets and new dining options.

The TSA security area was also expanded with additional lanes and more space to repack, and security checkpoints were also upgraded.

Interior sections of the terminal feature new terrazzo flooring, which replaced the earlier ceramic tile floors, and higher ceilings designed to create an elongated and elevated space. The concourse-level entrance to Skyline has new floor artworks.

A particularly interesting aspect of the redesigned Terminal A is its new parking garage, which is fitted with a new electronic parking guidance system.

The new system consists of overhead LED beacons that create spotlights over open parking spaces, enabling customers to easily find available spaces throughout the different levels of the facility.

Other projects in the Terminal A renovation include the installation of four high-capacity elevators and construction of new state-of-the art fibre-optics backbone and communications rooms.

Installation of a new public address voice evacuation (PAVE) system was also carried out as part of the refurbishment, as well as the addition of more power outlets in and around public gate areas and worktables.

Additional development works that were not included in the original TRIP plan are scheduled for completion by mid-2017, which include new retail outlets and rest rooms, a new receiving dock and increased overall storage space.

The redeveloped section of Terminal E was opened in April 2016. Major changes in the terminal include renovations to gates E11 through E17 and their corresponding airline ticketing halls for Alaska and Delta Air Lines.

The baggage claim areas at gates E13 and E14, and security check points at E16 were also upgraded.

Gates E2 through E10 will also see the addition of more concessions and an additional section of terminal parking; these refurbishment works are currently underway and are scheduled to be completed in late-2017.

Details of the upgraded Terminal B at Dallas Fort

The renovated section of Terminal B was the first to open at the airport in February 2016.

Gates B4 through B11 along with their corresponding ticketing hall, baggage claim and security areas were upgraded, and new concessions and passenger amenities were also added.

The refurbished terminal offers two new passenger entries with elevator access, one with an improved entryway with a covered walkway from garage to terminal.

A pre-security concession area was developed during the redevelopment works, along with new vending machines around the B4 / B5 baggage claim area.

"The $2.7bn multi-phase project was planned for execution over seven years, during which most of the proposed developments have taken shape."

Renovation of other gates at the terminal, including B18 to B23 and B12 to B17, is underway and is expected to be completed by the end of 2017.

Major construction services for the TRIP project are being delivered by BARC, which is a joint venture comprising lead contractor Balfour Beatty, Azteca Contractors, Russell & Company, and Carcon Industries & Construction.

Jacobs Engineering Group is the prime design consultant for the redevelopment, while Corgan is acting as the architectural sub-consultant.

AECOM was appointed to provide programme management and construction management (PM/CM) services for the project for a period of five years.

Paslay Management Group is acting as owner’s representative on behalf of DFW, while Ross & Baruzzini are the project’s IT system consultants.