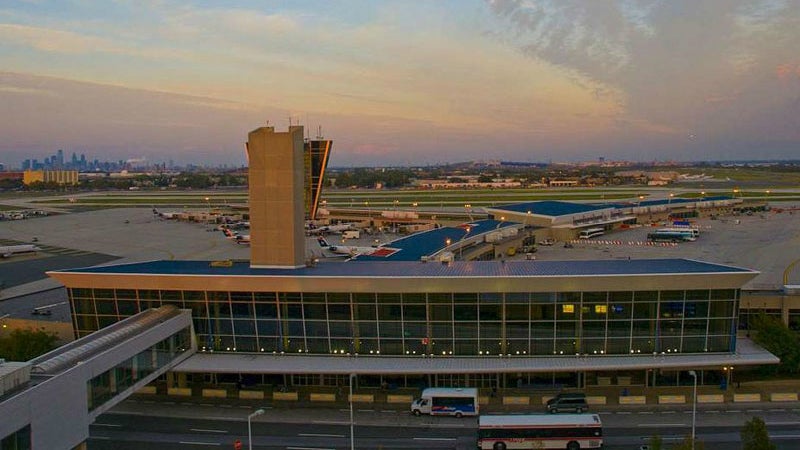 In October 2016, the Philadelphia International Airport (PHL) marked the completion of its Terminal F expansion and renovation project with the opening of a brand new baggage claim facility.

Operated by American Airlines, Terminal F handles 5.2 million passengers a year, or 17% of total traffic at the airport, making it the third busiest terminal at the airport after Terminals C and B.

The expansion and renovation project created new space and added new facilities within the terminal to significantly enhance the passenger experience.

During the first phase of the project in 2013, the central hub was expanded by 20,000ft², increasing food and retail concessions from five to 20. The phase also included the construction of a new inter-terminal shuttle bus stop, a new glass installation, and offices for airline and ground support crew.

New concessions in the hub included a restaurant and a gift shop, which serve the terminal’s three concourses. Also added to the hub was a new information centre with bright decor and passenger-friendly interiors.

In 2015, other renovations were completed, including the installation of a new security checkpoint and pedestrian corridor linking Terminal F to the airport’s other six terminals.

The new baggage claim building at Terminal F is a 34,000ft² facility, which brings together baggage claim areas along the arrivals roadway. With double-height space and light-filled interiors, the facility is smoothly integrated into the existing airport facility.

Sheward Partnership, an architecture and design firm based in Philadelphia, was appointed by the City of Philadelphia, the owner of the airport, and American Airlines as an architect and sustainability consultant for the expansion and renovation project. The firm co-ordinated with 16 other contractors to complete the project.

Some of the contractors that worked for the project were HNTB, which provided structural engineering, terminal planning and baggage handling system design, Arora Engineers, which provided systems engineering and security services, and Daroff Design, which was the graphic design consultant.

Skanska was the general contractor, while Burns & McDonnell provided the construction management services.

Terminal F’s new baggage claim building is the first facility at the airport to receive LEED Gold certification. Other sustainable features, such as habitat preservation, energy conservation and recycling techniques were included in the facility’s design at various stages of design, construction and operation.

LED light fixtures and lighting controls were installed in the central hub area to optimise energy usage. The hub features south-facing glass windows and north-facing roof monitors that allow a large amount of natural light into the facility, reducing lighting demands during the day.

Light-coloured roofing material, which reflects heat, was used to reduce temperatures inside the terminal, resulting in reduced energy consumption.

The hub also features sustainable materials, such as terrazzo flooring made of recycled and locally sourced material.