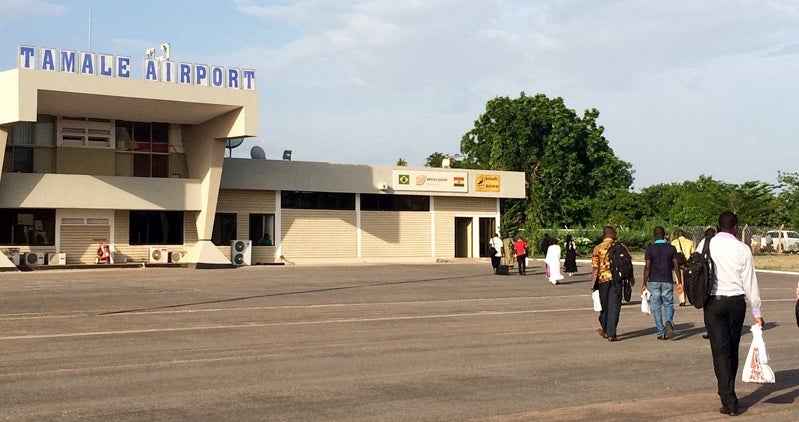 Tamale Airport serves the city of Tamale, Ghana, supporting both public and military operations and handling 200,000 passengers a year. The airport is currently undergoing a redevelopment project to upgrade its status to an international airport.

Phase one of the upgrade was inaugurated in August 2016 at a cost of $130m. The airport is now capable of accommodating wide-body aircraft. The first commercial flight carrying Hajj pilgrims took off to Mecca, Saudi Arabia, from the upgraded airport following its inauguration.

“Upgrading the airport is expected to stimulate economic activity in the region.”

Upgrading the airport is expected to stimulate economic activity in the region by boosting agricultural exports and bringing other significant economic benefits. It will also enable providing services to sub-Saharan regions such as Burkina Faso and Mali.

The Ghana Government planned to build a new international airport in the 1960s for military operations towards the north of Tamale to take advantage of its strategic position. The project, however, was abandoned with the overthrow of the regime in 1966. Development of the airport resumed later, following modifications made for civilian operations.

The airport was initially operated by the air force, but later handed over to the Ghana Civil Aviation Authority. The airport is now operated by Ghana Airport Company Limited (GACL).

Expansion and upgrade of the Tamale airport was announced in July 2012. The project was undertaken mainly to reduce pressure on the Kotoka International Airport and to meet the growing demand for domestic air transport. Flights unable to land at the Kotoka airport can now be diverted to the Tamale airport.

Phase one expansion of the Tamale Airport commenced in September 2014 and was expected to be completed in December 2015. The project, however, was delayed due to the discovery of clayey soil by the contractors. The discovery necessitated extensive excavation for the work to continue.

Works undertaken under phase one included runway extension, construction of a new apron and taxi link, rehabilitation of existing apron, a modified fire service building, a car park, and a VVIP lounge. In addition, aeronautic ground lights were installed to enable night operations. Construction of customs and immigration office was also part of the project.

The redevelopment project was completely funded by GACL. It was originally estimated to cost $100m based on initial estimates, but later increased as GACL proposed a complete renovation of the runway instead of rehabilitation.

The airport includes a single runway (05/23), which is 3,940m-long and surfaced with asphalt. The runway allows for safe landing of big aircraft such as Boeing 747-800 series.

Contractors involved with the airport redevelopment

Geiroz Galvao Construction is the main contractor for the project. Geiroz subcontracted Project Management International to perform geotechnical site investigations for the runway design and the infrastructure construction.

BANS Consult was responsible for supervising the design and construction of the runway and apron pavements.

ESPCo was responsible for reviewing the design and supervising the construction of the upgrade works.

Future developments at the Tamale Airport

A second phase is planned to be undertaken in 2017 to improve the financial viability of the expansion project. It will include the development of a terminal consisting of hotels, shopping malls, restaurants, conferencing facilities and executive offices.

A cargo handling facility for the export of fresh fruits, vegetables and other agricultural products will also be developed under phase two. The facility will enable these products to be directly exported from Tamale to Europe instead of being sent through Accra.

Development of a maintenance, repair and overhaul area within the hangar is also expected to be undertaken under phase two.

The airport also aims to serve as a regional aircraft maintenance facility in future. Aircraft from West Africa are expected to use the airport for maintenance and servicing activities.