Santos Dumont Airport has been built on reclaimed land and has some of the shortest runways in the world. Further development into the bay is prohibited. 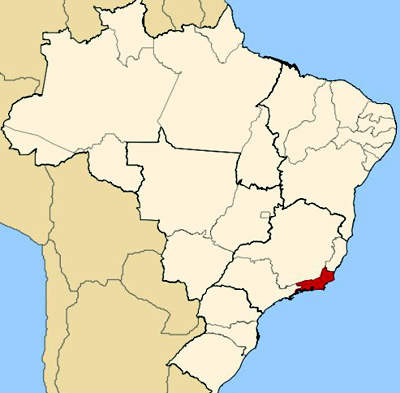 Rio de Janeiro in Brazil is the regional capital and is served by two airports. 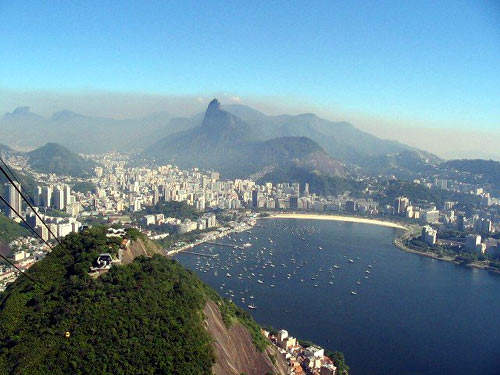 The airport is 1km-2km from downtown Rio and is very convenient for business people.

Boeing 737 is the largest aircraft that can be handled at the airport. 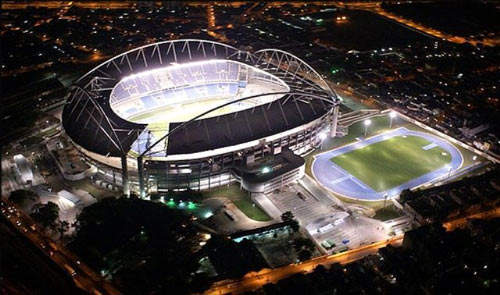 The Rio Olympic Stadium: the Santos Dumont Airport had to be finished in time to host the 2007 Pan American Games.

Santos Dumont Airport is one of the airports serving the Brazilian city of Rio de Janeiro. The airport is conveniently located about 2km from the city’s main business area and is the second serving airport behind Galeao International Airport. The airport handles around 3.2 million passengers a year (design capacity 1.8 million) and was originally the first airport of the city and used for international flights.

The airport has become increasingly congested over the years since it was first built 1937 by the architect MMM Roberto Doria-Baptista. The airport was constructed using reclaimed land on the coast (Guanabaro Bay) and has no room for further expansion, being surrounded on three sides with water.

There are two parallel runways 02R/20L (1,323m) and 02L/20R (1,260m) which are very short and therefore the largest aircraft using the airport are the Boeing 737 and the Airbus A320 series. The airport has a little over 400 flight departures a week for domestic and short-haul destinations.

The airport is popular with business people because of its convenient position. However since 2004 the airport has handled mainly shuttle flights to the larger Congonhas-Sao Paulo International Airport and smaller domestic flights. The airport is managed and operated by the Brazilian government body Infraero.

The airport had a near disaster in 1998 when the main terminal building (a ground-breaking architectural design of its time) was almost destroyed by fire. The airport was closed for over six months for repairs. The airport improvement programme instigated in 2004 was scheduled for completion by 2007 because Rio de Janeiro was hosting the Pan American Games that year.

The airport improvements were completed in time for the event despite a suggestion of lack of funds delaying the work at one point in 2006 (73 million reales were released from central government to kick-start the project again).

“The improvements mean that the Santos Dumont is capable of handling 5.5 million passengers a year.”

Improvements included a new four-storey 19,000m² arrivals building (started construction in October 2004), a connector area with eight jetways, improvement of road access (arrivals and departures have separate entrances to avoid congestion), remodelling of the existing aprons, runways and taxiways and finally a new transparent departure lounge glazed with specially coated architectural glass, giving a sky-blue roof and transparent green walls; the idea being to give passengers a totally transparent view of the setting of the airport while protecting them from the harsh sunlight and heat which is part of the Brazilian climate.

The improvements mean that the airport is capable of handling 5.5 million passengers a year. These improvements were completed by mid-2007 in time for the Games. However further work is being undertaken including the construction of a new cargo terminal building, which will be completed in the first half of 2008.

The original terminal building is also being refurbished and restored (the facade and the internal layout) to the original 1930s design (it is an extremely good example of Brazilian modernist architecture and has been listed by the State Cultural Heritage Institute). The old terminal will have its second and third floors used for administration by Infaero. The total amount invested following the completion of the cargo terminal will be $180m (350 million Brazilian reales).

The project to update and modernise the airport facilities were undertaken by a consortium consisting of Construtora Norberto Odebrecht (CNO), Carioca and Construcap. Schneider Electric Brazil was awarded a €500,000 contract for the electrical installation at the airport.

“Santos Dumont Airport is popular with business people because of its convenient position.”

The architect of the new terminal building was Sergio Jardim. He commented on the new building: “We conducted an 18-month study to find the best materials for this project. We studied the acoustics, environment, and the most comfortable ambient temperatures and arrived at a solution.

“The materials found are so efficient that even when the mercury in Rio’s thermometers rises to 40ºC, users inside the terminal will bask in comfortable temperatures.

“The climate-control system is one of a kind in Brazil. To avoid obstructing the view and compromising the structure, the air conditioning is installed in the floor.”

The new terminal includes five baggage conveyor belt systems, and 54 check-in counters and also over 150 new shops on air and landside and a large food court.