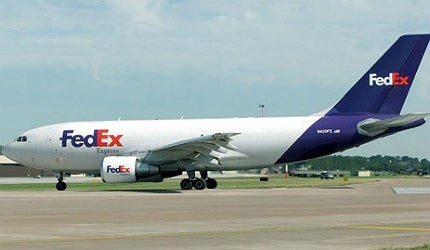 Piedmont Triad International Airport (name changed in 1987) is a medium-sized airport situated seven miles west of Greensboro in North Carolina (originally opened in 1927). The airport is operated by Piedmont Triad Airport Authority in conjunction with the state of North Carolina.

Piedmont Triad International Airport has undergone significant modernisation since 1978 and a new concourse complex was opened in 1982. The airport is situated on a 4,000-acre site and as such has a number of supporting businesses, which means that it is also a useful hub for cargo and maintenance facilities.

Comair built a maintenance hangar at the airport in 2005 but some other operators, such as Continental Airlines, Sky Bus and Eastwind Airlines, closed their bases at the airport for various reasons.

"The airport is operated by Piedmont Triad Airport Authority in conjunction with the state of North Carolina."

In addition the TSA security screening for baggage is now located in purpose-designed areas at each end of the main terminal and a new bag belt system carries luggage from the upper to the lower level. These renovations have added a further 40,000 square feet (3,700 square metres) to the terminal and cost around $5m.

As a part of $9m facility improvement programme, a Wi-Fi service was inaugurated at the airport in April 2012. The new service provides passengers with free high speed internet throughout the airport.

A tunnel connecting the terminal building to the long term parking lots was under construction in 2012.

In 1998 FedEx decided to use Piedmont Triad for a new mid-Atlantic hub (the fifth for the company). The lease was signed in 2001 and the hub was opened in June 2009. To support the hub a parallel third runway 5/23 was constructed.

Protests were made about the hub because the majority of the flights operate at night and homeowners around the airport are concerned about the possible noise pollution (AS Harris has been asked to make a study into the noise problem).

A further boost to the airport is the Honda Aircraft Company locating a research and development facility at the airport in 2000. This has been a success and the company decided in 2007 to relocate its HQ to the airport and also develop a new manufacturing centre at the site. The new 67,000 square feet HQ was opened in May 2008.

In July 2011, proposals for an $80m expansion of HondaJet operations were floated. Ground breaking ceremony for a new $20m HondaJet maintenance, repair and overhaul (MRO) facility took place in September 2012. The facility will occupy an area of 90,000 square feet and is scheduled for completion in 2013.

"In 1998 FedEx decided to use Piedmont Triad for a new mid-Atlantic hub (the fifth for the company)."

The $150m third runway project, which was completed in 2010, included 9,000ft of asphalt-paved airstrip, two parallel taxiways and a four-mile perimeter access roads (Baker and Associates was the engineer).

The contract for the taxiway project was being out by Mainline Contracting for a cost of $4.3m. The architect and civil engineer for the new runway was LPA Group.

Piedmont Triad International Airport has received a major amount of funds from the FAA to finance the various projects at the airport. A $6.5m grant from the federal government was provided to move ahead with the construction of the second taxiway. The FedEx cargo hub project has received more than $11.5m in federal payments. In June 2012, a $6.1m Federal fund was granted for extension of the airport’s taxiways.

As befits the airport of the capital city of the USA, Washington Dulles International Airport is an impressive facility.

Portland International Airport (PDX) is located on the south side of the Columbia River in Multnomah County.