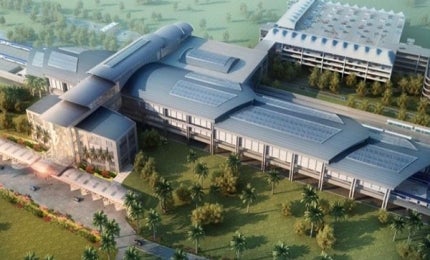 The plan also includes construction of a $470m South Airport automated people mover (APM) complex with an intermodal transportation facility (ITF) to the south of the main terminal.

"The Greater Orlando Aviation Authority (GOAA) voted in approval of the CIP in October 2013."

The Greater Orlando Aviation Authority (GOAA) voted in approval of the CIP in October 2013. Completion of the major projects is expected in 2018. An estimated 4,000 jobs are expected to be created by the project.

The Airside 4 facilities in the terminal will be expanded at a cost of $114m. It will include expansion of the US Customs and Border Patrol passenger processing area by 10,000ft² and the addition of a central energy plant and four new international gates to accommodate large aircraft.

Originally built in 1981 and connecting the main terminal to Airsides 1 and 3, the APM trains will be replaced at a cost of $90m. The new trains are scheduled to start operations by Fall 2017.

Other improvements to the North terminal complex will include the construction of a cell phone lot with restrooms, baggage-handling system improvements, gate upgrades to handle next-generation aircraft, renovation of curbside canopies, roadway resurfacing and the development of a new travel plaza.

The US Federal Aviation Administration (FAA) approved funding to construct the new ITF in July 2014. The facility will be located south of the North Terminal, in the proposed new South Terminal Complex (STC).

Tampa International Airport (TPA) has started the first phase of its massive expansion project in November 2014.

The 500,000ft² combined South Airport APM Complex and ITF structure is expected to reduce passenger capacity constraints in the main terminal. It will serve as a station for local and regional light rail, commuter rail and intercity rail services such as the All Aboard Florida high-speed rail project. It will also accommodate a 2.3km-long APM system that will transport passengers between the South Airport APM and the North Terminal complexes.

The ITF will have provision for additional ground transportation facilities such as public buses, shuttle buses, taxis and limousines. A parking garage with 2,400 spaces will be built as part of the complex, with direct connection to the North Terminal.

Contracts involved with the expansion project

SchenkelShultz Architecture was responsible for the programming and master planning of the ITF at Orlando International Airport. A joint venture formed by Turner Construction and Kiewit Infrastructure South, a subsidiary of Kiewit Corporation, will develop the ITF. PSA Constructors, Mims Construction Company and Johnson-Laux Construction have partnered for the project.

Hensel Phelps was selected as the construction manager for the South Airport APM Complex. It will be assisted by Gomez Construction Company, JCB Construction, Page One Consultants, and P A Wallace & Associates. Atkins is providing civil engineering services on the APM complex and will assist in its design.

BASE Consultants, part of the C&S Companies team, was contracted to provide structural engineering services for Airside 4 Improvements.