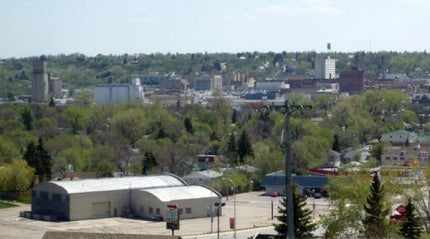 Located two miles north of Minot, Ward County, North Dakota, US, Minot International Airport is spread across an area of 579ha. The airport is owned and operated by the City of Minot.

Four major airlines comprising Allegiant Air, United Airlines, Delta Air Lines, Frontier Airlines and their affiliates offer air carrier services within the country at the airport. Though the airport does not offer any international airline services, it is designated as an international airport because of its customs service for international flights.

The airport handled 453,750 passengers in 2014. It handles a daily average of more than 130 aircraft operations.

“The airport won the 2012 Commercial Airport of the Year Award from the North Dakota Aeronautics Commission.”

The airport won the 2012 Commercial Airport of the Year Award from the North Dakota Aeronautics Commission. The award was co-sponsored by the Airport Association of North Dakota.

Minot International Airport completed a $760,000 terminal remodelling project in 2010. The expansion increased space in the main terminal lobby and baggage claim areas and created more seating in the airline gate area. The project also included the relocation of the security checkpoint, the expansion of ticket counter spaces, the installation of public restrooms and the construction of an exterior ramp. Major funding for the expansion was provided by the US Federal Aviation Administration (FAA) and 2.5% of the total project cost was funded by the City of Minot.

The $43m terminal building has a built-up area of 10,684m², three times the size of the existing 2,787m² terminal. It was built to the east of the existing terminal and replaced the snow removal equipment building, which was demolished and rebuilt to the south of the fire department training centre. The project also added a new apron and a parking lot, while the old terminal was demolished for additional parking.

The new terminal building has the capacity to handle 400 passenger peak-hour enplanement and deplanements and addresses the increasing passenger traffic at the airport.

Financing for the improvements

Of the $40m approved for the terminal construction, $18.5m was funded by the State of North Dakota through energy impact grant funding, $13.7m came from local funding and $8.1m was provided by federal sources.

The runway and apron projects received $9m in initial funding from the US Department of Transportation and an additional grant of $1.5m in August 2014 following a request for additional funds.

Parking at the airport is located close to the terminal building entrance and is managed by Republic Parking System. An overflow parking lot is used when the main parking is full. The parking lot was expanded as part of the improvements at the airport.