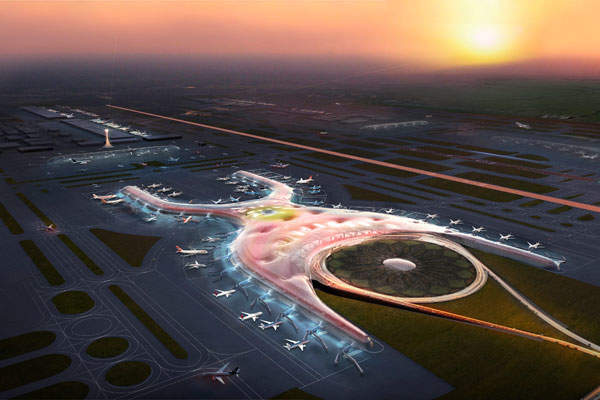 The Mexico City New International Airport will become a landmark to the city. Credit: Foster + Partners. 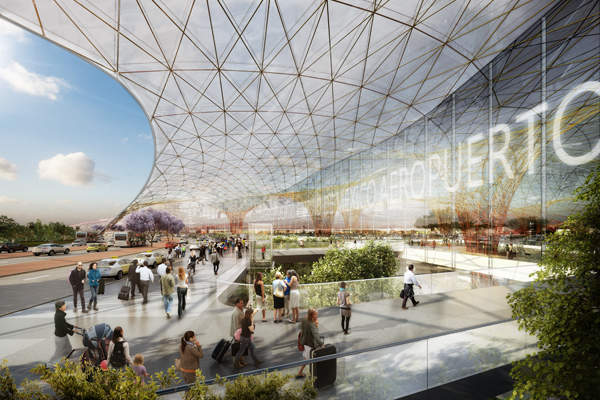 The compact passenger terminal will be enclosed in a lightweight grid-shell. Credit: Foster + Partners. 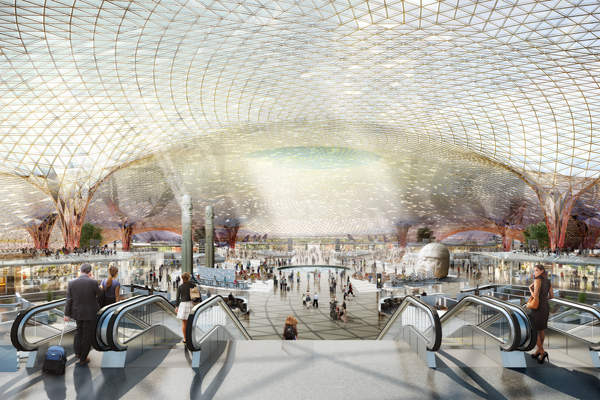 The passenger terminal building will be a single-roof structure. Credit: Foster + Partners.

The project is being developed by Mexico’s Secretariat of Communications and Transport (SCT) as part of the transport development plan announced by Mexican President, who allocated $9.2bn for the construction of new airport in September 2014. It is one of the world’s biggest airport infrastructure projects and is expected to be the biggest airport in Latin America.

The new airport will have an initial capacity to handle 50 million passengers a year, which will be increased to 120 million annually through expansion by 2062. Construction is expected to begin in 2015 and the first phase is scheduled for completion by early 2019.

Benito Juarez International Airport is the central airport catering one third of the passengers in Mexico. It acts as an entry point for global tourists and a number of business travellers into the state also in addition to serving as a strategic point connecting the country to the rest of the world.

For the past 20 years, there has been a constant demand for the airport’s expansion due to the rapid increase in the rate of passengers and cargo transportation at the airport. Although the airport has two runways, only one can be operated at any given time as the landing strips are located too close to each other.

The existing facilities of the airport are no longer sufficient to serve the increasing passenger traffic, which is feared to limit the growth of air travel in Mexico, pushing the government to seek a viable solution for accommodating all current and future aviation demands of the region. The new airport will initially have double the capacity of the existing airport and will eventually able to handle four times the current traffic.

Design and structure of the new international airport in Mexico City

“The new airport will initially have double the capacity of the existing airport and will eventually able to handle four times the current traffic.”

The airport will be an X-shaped single roof structure with a compact terminal enclosed in a lightweight grid-shell. The architecture is composed of famous Mexican symbolisms that represent the national identity including an eagle, the sun, nopal and cactus, and a snake.

The roof of the terminal represents an eagle with its wings open to take flight. The terminal entrance will have a lush cacti garden with the access roads designed in the form of a snake. Rich and intense colours that represent Mexican culture will be used for the functional components of the building façade. The central hall of the structure will be illuminated with bright colours that represent Mesoamerican symbol of the sun.

The design ensures few level changes, less walking distances and easy navigation, avoiding the need for internal trains and underground tunnels for internal transport. The roof will be made of lightweight glass and steel and will be free from ducts and pipes.

Sustainability features of the new international airport in Mexico

Known as ‘Airport of Future’, the single airport enclosure will be sustainable as it uses lesser materials and energy than a cluster of buildings. The structure utilises natural sunlight, collects rainwater, and achieves a high performance that meets high thermal and acoustic standards.

The airport will utilise clean and renewable sources of energy and will operate with green technologies promoting an efficient use of water, ventilation systems and air-conditioning.

The new airport is being constructed on federal lands near the former Lake Texcoco. The structure will be spread over an area of 4,430ha, which is under the purview of the National Water Commission.

The airport will have single terminal building to be built over an area 470,000m² with either two or four levels. The construction will be carried out in phases with the first phase involving the construction of a main terminal building, three parallel runways, 94 contact stands and 42 remote stands.Upon completion of the final stage of construction, the airport will feature six runways and handle 120 million passengers a year.

Aviation and passenger facilities at Mexico’s Airport of Future

The design contract for the Mexico City’s new international airport was awarded to a joint venture of Foster + Partners, Fernando Romero Enterprise (FR-EE) and Netherlands Airport Consultants (NACO) in September 2014.

The Mexican Ministry of Communications and Transport awarded the airside infrastructure design contract to a consortium led by NACO in January 2015. Other companies in the consortium include Royal HaskoningDHV, Grupo TADCO and Grupo SACMAG.

The €72m ($79.55m) contract includes the design of three runways, capable of handling big passenger aircraft such as the Airbus A380, related taxiways, platforms and support buildings.

The new airport will be financed by both public and private resources. The initial investment for the project is estimated to be MXN169,000m ($11bn), of which the federal government would invest MXN120,000m ($7.8bn).

The public money, composed of multi-year revenue, investment and surpluses, will contribute 58% of the funds, whereas private funds from bank loans and issuance of government bonds will contribute 42%.