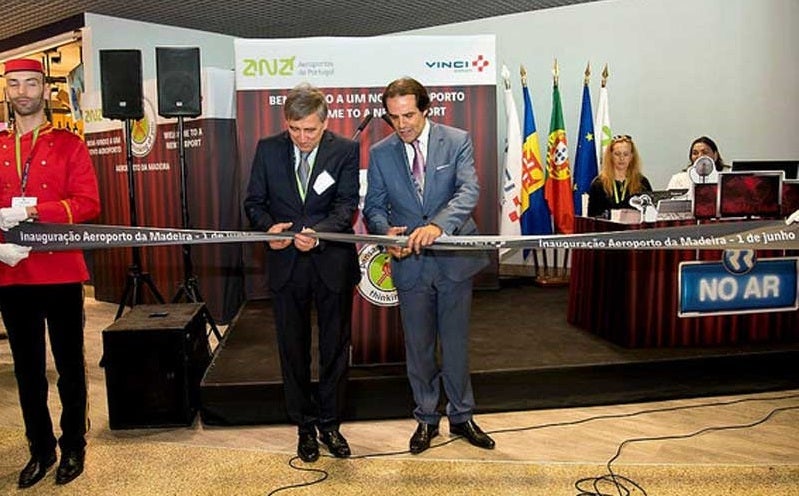 Madeira International Airport, also known as Funchal Airport, is the only airport on the Portuguese island of Madeira. The airport is located 15km north-east of the capital city of Funchal, in Santa Catarina.

With a relatively short runway, which is surrounded by an ocean on the south and mountains on the north, the airport was once famous as one of the dangerous airports in the world. It handled 2.7 million passengers in 2015, a year-over-year increase of 6.3%.

Airport operator Aeroportus de Portugal (ANA) has completed a modernisation and renovation project at the airport with an €11m ($12.25m) investment.

Opened in June 2016, the refurbishment area added a new shopping area, upgraded the operational facilities and doubled the people processing capacity of the airport.

The terminal will now be able to process 1,400 people an hour, compared to the earlier 720. The project created 70 new jobs and is expected to boost the sales on the airside by approximately 30%.

For the departure lounges, a new layout is adopted allowing the areas assigned for Schengen and non-Schengen flights to be altered and easily used based on the traffic on a given day. Other improvements include addition of a new transfer hall, and three new departure gates, one for Schengen and two for non-Schengen.

Details of the commercial area expansion

The renovation project has added a new area of 1,800m² occupied by new stores and refurnished commercial area. The duty-free store has been renovated with a new walk-through concept and a new portfolio store with a 200m² display area that exclusively sells ‘Made in Portugal’ goods has been added.

To improve the passenger experience, the main shop area has been relocated and expanded, while the specialised retail areas have also been relocated, expanded, diversified and improved. New restaurants with new concepts and improved range with an outdoor terrace area and a view of the sea and runway stand as an attraction to the new addition.

The food court on level-3 is redesigned to offer passengers an ideal place to enjoy a variety of food and a unique view over the sea and the runway from the outdoor terrace. It now features concepts such as Specially, Cockpit, Pizza Hut and Buondi.

The other commercial areas include Travel & Business Gate and Fashion Gate, which offers international fashion brands. The Football Gate area will offer sports such as football, running and motorsport. There are also stationery stores, chocolate lounges, candy stores, ice cream and frozen desert stores, accessory and gadget store, and a jewellery store.

The airport’s runway has been strengthened and re-profiled, while its usable area has been increased by 1,500m². Also reprofiled are the taxiways and surrounding areas. Runway and taxiway redevelopments constituted roughly 60% of the total investment.

Details of the existing runway

The 2.78m-long Runway 23 at the airport has undergone multiple extensions since its inception.

The last extension was done in 2004, when a separate structure was added to extend the length of the runway. The extension project received ‘Outstanding Structure Award’ in 2004 as a unique runway extension project of supported concrete over reclaimed land.

The length of the former runway was a hindrance for the island’s further development as it can accommodate small-medium aircraft only. A plan was then devised to extend its length to 2,800m by building a bridge, 57m above the sea level.

The 1,020m-long and 180m-wide bridge was designed to carry heavy aircraft. Due to the large size of the runway, special care was taken to reduce the impact of the structural elements.