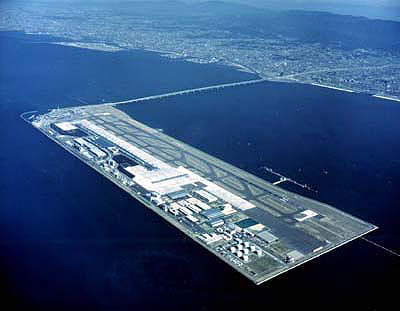 An aerial view of the artifical island on which the Osaka airport is based. 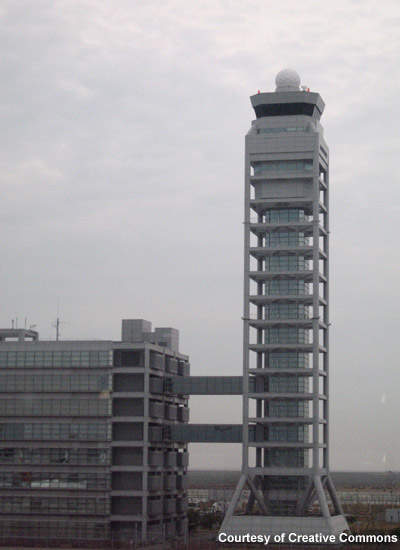 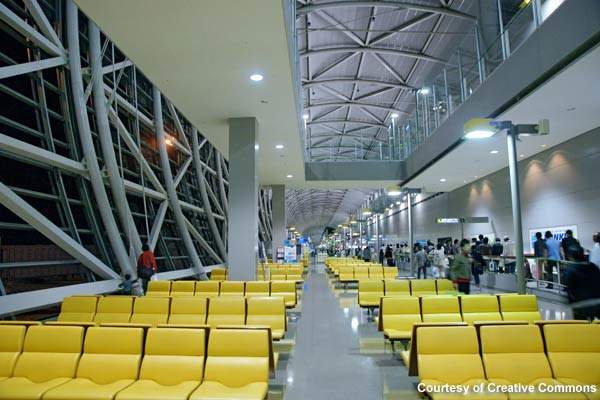 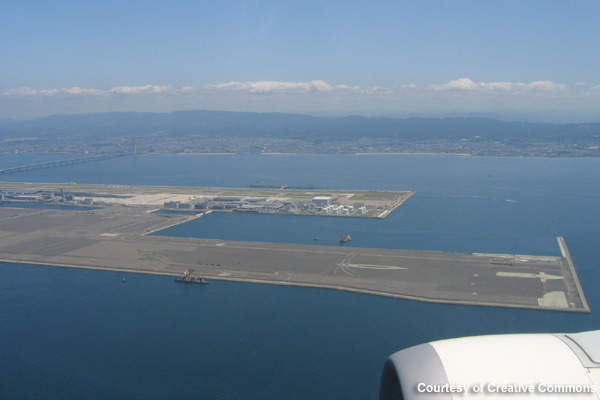 The boarding lobby inside the terminal of the airport. 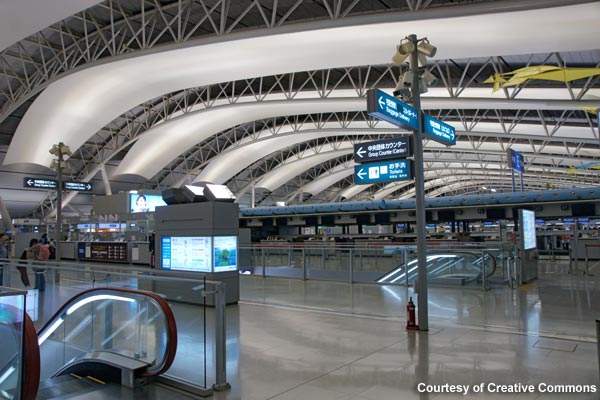 Construction of the second phase of Kansai International Airport. 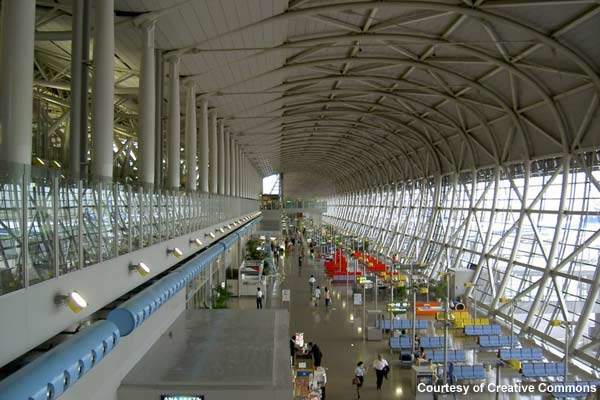 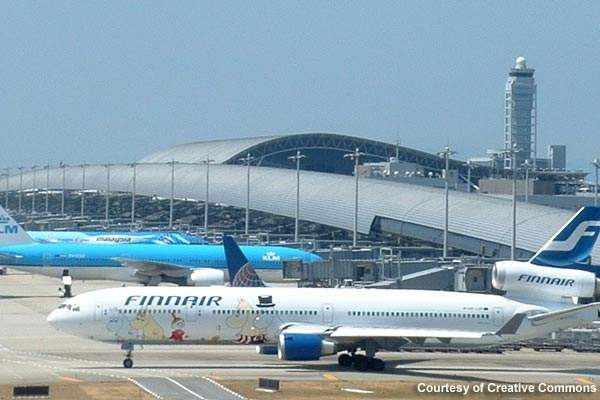 Kansai International Airport (KIA) is pushing forward with an expansion programme that includes the construction of two new runways and a passenger terminal off the existing airport island. A new runway has already been constructed and plans to construct one more runway and an additional terminal building are being considered.

The airport opened in September 1994 and is located in Osaka Bay, 35km south of the centre of Osaka, Japan. Over 15 million passengers used the airport in 2008. Aircraft movements in the same year were 129,263.

KIA has already gained an important position as an international air traffic hub. In order to retain and further enhance its importance at a time when other large new airports are being built and opened throughout Asia, it is considered vital to proceed with the development.

It is hoped the expansion will also increase economic and social activities and play a positive factor in improving the economy of Osaka and the greater Kansai region.

The government estimates the total economic value produced by the second phase development of the project to be approximately $94.6bn and 190,000 new jobs nationwide, of which $85bn and 150,000 jobs will go to the Kinki region.

“Plans for one more runway and an additional terminal building are being considered.”

The second phase includes the construction of a second main terminal building, located close to the first terminal building. The passenger area in the airport is planned to be wing shaped to accommodate future expansions. Cargo facilities are planned to be located south of the island, with sufficient space planned for aircraft parking apron along with a cargo warehouse at its side.

The second runway was completed and opened on 2 August 2007, but the construction of the terminal was postponed. With the addition of a second 4,000m long runway, the airport is expected to handle up to 230,000 departures and arrivals by 2011.

The seawall foundation improvement work started in 1999. Construction of the runway was started in 2003 and was ready for use in August 2007.

The development will produce an additional 542ha of land projecting offshore from the current airport island. The new land will be the site for construction of a new 4,000m runway, a cargo complex and a supply management facility. The landfill is estimated to require 270 million cubic metres of earth, rock and sand.

This phase of construction is more difficult than the first as the work involves building over deeper water with softer ocean ground. Below the seabed lies a layer of moist, soft clay over 20m thick. Firstly, the water must be removed to strengthen the clay. Sea walls surrounding the island must be built to protect the airport island from the oceanic currents. When the sea walls are near completion, large vessels drop soil on the seabed.

The method used for seabed improvement is the sand drain method. Prior to reclamation work, a number of sand piles are driven into the soft seabed clay. The weight of the soil used for reclamation causes the water in the clay beneath to move outward along the sand piles. The clay gradually becomes solidified in this way.

To measure precisely the subsidence, subsidence speed, subsidence behaviour and strength of the island’s foundation, a large-scale measurement tower (33.5m in height from its foundation to its tower deck and 22m in deck area) was installed near the north end of the reclaimed land to be used for the project.

The tower will be used as a base for measuring the deformation of the seabed.

The Kansai International Airport Company (KIAC) will manage the construction. Among the companies involved in the construction work are specially designated joint-venture groups, including: