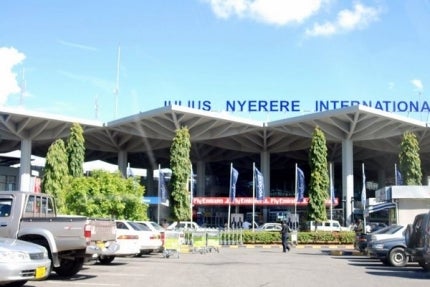 “The airport is operated by Tanzania Civil Aviation Authority (TAA).”

The airport handled 2.47 million passengers and recorded 77,990 aircraft movements in 2014, while handling 21.2 million tons of cargo.

Construction on the first phase of the third terminal complex at the airport started in 2014. BAM International has been awarded the contracts for the first and second phases of the terminal construction.

TAA proposed to construct a third terminal complex at the airport. BAM International, a Dutch company, was awarded a contract worth €130m ($170m) for the design and construction of the first phase of the new terminal in April 2013.

BAM International prepared the design of the new terminal in association with the Netherlands Airport Consultants (NACO) and BAM Advies & Engineering. It formed a joint venture with BAM Nuttall for the execution of the project.

The first phase of the project includes the construction of a third terminal at the airport with a capacity to handle around 3.5 million passengers a year. The new terminal will handle international traffic, with the existing Terminal 2 is being converted into a domestic terminal.

The scope of work in the first phase includes the construction of the main terminal building, parking lots, access roads, platforms and a taxiway.

BAM International won another contract worth €100m ($110m) for the second phase of the terminal in October 2015.

The airport previously underwent a number of expansions. The runway and apron at Terminal 2 were upgraded with an investment of $29.9m in 2006. BAM International was the contractor for the renovation.

The airport infrastructure upgrade was completed in 2010. It consisted of rehabilitation of all taxiways and the air-ground lighting. The project was completed with an investment of $36.7m, by the contractor BAM International.

Jomo Kenyatta International Airport (JKIA) is one of the busiest in Africa serving as a major hub in East Africa for cargo and tourist passengers.

SITA Aero awarded a contract to Logan Teleflex for the installation of baggage handling system at the airport in October 2010.

The scope of the project included supply and installation of 16 check-in counters. It also included providing screening line with innovative Rapiscan MVXR and 628XR X-ray machines, in addition to level two and level three security baggage screening. The check-in counters were supplied by Gate Technology.

The passenger facilities at the terminal include a post office, bank, bureau de change, restaurants and cafeterias. The terminal also features a VIP lounge, duty-free shop, chemist, gift shop, travel agency and a tourist help desk. The airport also has a cargo terminal.

The airport offers convenient public bus transport with the bus stops located near the terminal. Taxis are offered for hire from the airport. A car rental office of Avis is located at the arrivals area in the terminal.

The airport offers more than 150 short-term and 50 long-term parking spaces.

Ansir Systems
Ansir is an Australian company founded in 1972 as an...
SUBSCRIBED