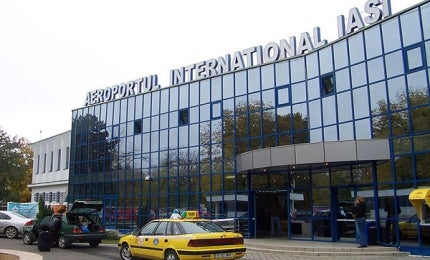 One of the oldest accredited airports in Romania, Iasi International Airport (IAS) is located on a 180m-high hill 8km east of Iasi city centre. The airport received international status in September 2012.

It offers services to destinations such as Bucharest, Vienna, Rome and London, and is currently served by three major airlines, namely Tarom, Austrian Airlines and Wizz Air. Iasi County Council owns and operates the airport.

Passenger traffic at the airport increased by 20% to 273,000 in 2014 compared with that in 2013. In 2012, the airport initiated a long-term, multi-stage upgrade programme named Development and Modernisation of Iasi Internal Airport, with the aim of transforming the airport into a regional hub for international connectivity.

As part of the programme, the airport broke ground for the construction of a new passenger Terminal 3 (T3) in February 2015.

The development programme is divided into modules. Module I includes the construction of a new 2,400m-long runway, a new passenger terminal with a processing capacity of 320 passengers an hour, and apron extension.

"The airport broke ground for the construction of a new passenger Terminal 3 (T3) in February 2015."

The module will also include the development of two rapid clearance ways, Bravo and Charlie, and construction of a boarding / disembarkation platform and related facilities such as buoyage and lighting.

Other supporting infrastructure developments will include upgrading the electrical power supply, and the installation of a HVAC system, sanitarium, lighting, air navigation and telecommunications systems.

Details of the new terminal T3 at Iasi airport

T3 will be a 3,600m² building comprising six check-in desks. It will be three times bigger than the existing Terminal 2 (T2) and the two terminals be able to collectively handle two million passengers a year.

Kazan International Airport is located 25km south-east of the city of Kazan in the Republic of Tatarstan.

The new terminal will be equipped with advanced systems that comply with international regulations and European comfort and security. Its construction is expected to be completed by August 2015.

Built in 1969, the 1,800m-long runway has been upgraded in phases as part of the airport’s development and modernisation project.

Construction of the new runway, designated as Runway 14/32 and with a final length of 2,400m and a width of 60m, began in August 2013 and is being carried out in phases. The first 2,150m became functional in August 2014, while the full length was operational in October 2014.

The runway is equipped with signalling lights, a power station and platform lights. The ICAO-certified, Category II lights enable safe landing in low-visibility conditions up to 350m. Approximately €31m ($39.4m) was spent for the runway.

The €11m ($11.87m) T3 construction project was awarded to Bucharest-based UTI Group. The company is responsible for the design and execution of buildings, facilities and systems of the terminal.

In 2014, UTI Group collaborated with Max Bögl and Vega 93 to design and build the new runway.

Financing for the airport development and modernisation

In November 2014, the European Commission approved €45.5m ($49m) for the project through the European Regional Development Fund (ERDF). The remaining funds will be contributed by the Iasi County.