Start of the Modernisation Project

Expand
Terminal 1A of Kazan International Airport started operations in November 2012. Image: courtesy of Adelkazan1995.
The air traffic control tower of Kazan International Airport. Image: courtesy of LuisJouJR.
The new Runway 1, measuring 3,750m in length and 60m in width, can accommodate some of the biggest aircraft in the world.
The revamped Terminal 1 of Kazan airport opened in June 2013. 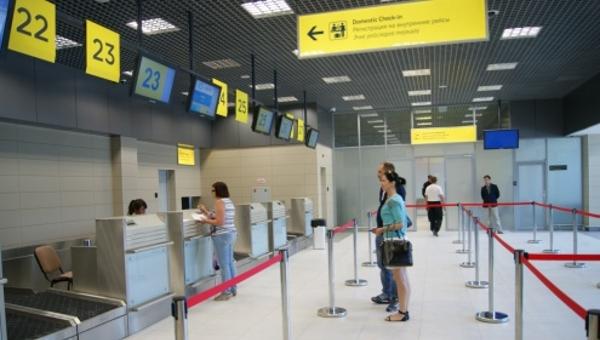 Kazan International Airport is located 25km south-east of the city of Kazan in the Republic of Tatarstan. The airport handled more than 1.8 million passengers in 2013, a 24.2% increase from the previous year.

A modernisation project for the airport was announced in 2008, anticipating increased passengers numbers during the 27th Summer Universiade 2013, held at Kazan, and the 2018 FIFA World Cup being held in Russia.

The modernisation is expected to continue until 2025, with funding being provided through the federal target programme Development of the Transport System of Russia (2010-2020). The general plan for the airport’s modernisation project was provided by Fraport.

Construction of Terminal 1A and a new runway, and the revamp of Terminal 1 were completed prior to the start of the Summer Universiade. T2 and T3 are expected to be constructed, enanling the airport handle between five and six million passengers annually by 2025.

The Russian airport was officially opened in September 1979 as Kazan 2 and initially served domestic flights. It was renamed Kazan five years later, gained the international airport status in February 1986 and served the first international flight in May 1987.

A reconstruction project was carried out from 1995 to 2005 adding a second runway at the airport in November 2002. A modern business terminal was opened in 2005. The project also included the reconstruction of the aerodrome zone and fuelling centre, modernisation of the air traffic control facilities, addition of an air freight terminal, a hotel and an aircraft maintenance hangar, and increasing the length of the airport’s first runway.

Managed and operated by the EAST LINE Group, the airport is situated 35km south-east of the centre of Moscow.

The construction of the Terminal 1A, located east of the existing Terminal 1, started in September 2009 and the new terminal covering a total area of 20,000m² was opened for operations in November 2012. The new terminal has an annual passenger handling capacity of 1.2 million and was constructed with an investment of RUR2bn ($56m approximately).

Renovation of Terminal 1 started in June 2012, while the extension of the Runway 1 started in 2011. Both of these were completed in June 2013. Reconstruction of connecting taxiways, sewage treatment plants, construction of a drainage network, and replacement of landing devices, air traffic control and lighting systems were also completed by June 2013. A new air navigation complex and an air traffic control tower were opened in March 2013.

Terminal 1, which was renovated with an investment of RUR1.3bn ($36m approximately), now covers a total area of 24,000m². The renovated Terminal 1 and the new Terminal 1A are connected by a corridor. The extended runway now has a length of 3,570m and a width of 60m, and is capable of accommodating some of the biggest aircraft.

The airport was installed with 725m of fence implementing the Fibre Net FIBREFENCE radio-transparent system and a five metre wide GFRP radio-transparent double leaf gate in 2013. The airport was also provided with Arinc’s vMUSE Enterprise, which is a cloud-based common-use check-in platform comprising of 40 workstations, as part of the modernisation project. The baggage handling system came online in February 2014.

"The airport is also fitted with KRAMS-4 weather equipment and a building housing a fire emergency and rescue station."

Passenger facilities at the airport include shops, cafes and restaurants, post-office, banks, currency exchange offices, special room for mothers with children, a prayer room, a pharmacy, and a VIP lounge. The airport features a cargo terminal and an Aeroexpress bus shelter, which is directly accessible from both the existing terminals.

The airport is also fitted with KRAMS-4 weather equipment and a building housing a fire emergency and rescue station. A self check-in kiosk is located in the waiting room of Terminal 1A, serving Transaero airline’s passengers. Wi-Fi connectivity is provided throughout the airport.

The runway lighting equipments for Runway 2 were fitted by Idman of Finland. The construction of the airport’s storage facilities was carried out by Technostroy, a wholly owned subsidiary of Diversified Global Holdings Group.

The insulation materials for the airport’s terminals were provided by Knauf Insulation and installed by Technoimportexport of Bulgaria.