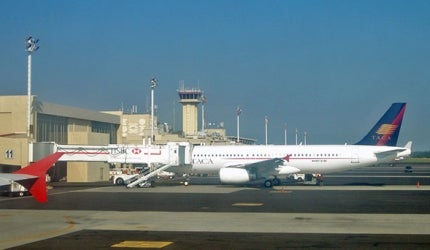 Autonomous Executive Port Commission (CEPA) is the current operator of the airport, at which operations commenced in January 1980. El Salvador International provides international flights to Central, North and South America, as well as weekly flights to Europe, serving as the main hub for TACA Airlines.

The terminal building includes two levels with a total area of 127,450m² (1.37 million ft²). A total of 17 gates are part of the terminal. The upper level includes gates 10 to 17, which are operated by TACA Airlines. Gates 1 to 9 are part of the lower level and are used by other airlines. Out of the 17 gates, the boarding bridges of 14 have a direct link to the waiting rooms. The remaining three gates are remote and used while transferring landing passengers to the terminal building through Aerobus shuttles.

Terminal 2 is currently under construction at the airport and is expected to add 30 to 40 new gates to the airport. AviancaTaca Airlines also plans to build its own terminal building at the airport.

A 21,336m²(229,658ft²) cargo terminal is located next to the passenger terminal. The cargo building’s platform has three aircraft parking positions and a maintenance space with a capacity to handle five aircraft.

La Aurora International, located around 6km from Guatemala in Finca San, is the main airport serving the city. The third busiest airport in Central America, La Aurora recorded passenger traffic of 1.06 million in 2011.

Aeroman started construction on a new 82,000ft² hangar at the existing facility in September 2011. It will have three lines for narrow body aircraft and increase the total number of narrow body airframe maintenance bays at the hangar to 11.

The airport was originally built to handle 400,000 passengers a year with seven gates, but increasing passenger traffic brought it to its threshold capacity.

The airport went through two major expansions, known as AIES I and II. In the first, the number of boarding gates was increased from seven to 12 and in the second expansion they were increased to 17. The passenger waiting areas were also expanded. The airport, however, reached its threshold limit again when the passenger traffic crossed two million passengers in 2006.

A $66m terminal modernisation project is currently underway at the airport. The first phase of which includes installation of an elevator, construction of new steps, replacement of half of the air conditioning systems and changing 50% of the baths. The project also includes resurfacing of the runway, replacement of the sleeves approach, air conditioning, installation of three boarding bridges and gates, and purchase of metal detectors and X-ray equipment.

Construction of a hydraulic platform for aircraft maintenance was ongoing as of 2011. Other projects which are underway include installation of instrument landing system (ILS) equipment for the runway, and renovations of lighting systems and signs used for air navigation.

The El Salvador International Airport has a single runway (07/25), which is 3,200m long and 60m wide and paved with asphalt. Parallel to the runway is a taxiway of the same length, named Alpha. The airport has five more taxiways, known as Bravo, Charlie, Delta, Echo, Foxtrot and Golf.

A secondary runway of 800m length was also built for handling smaller aircraft, which is now being used as a long time aircraft parking area.

The airport has a parking lot with a capacity of 728 vehicles, which is managed and operated by the Republic Parking System Company.