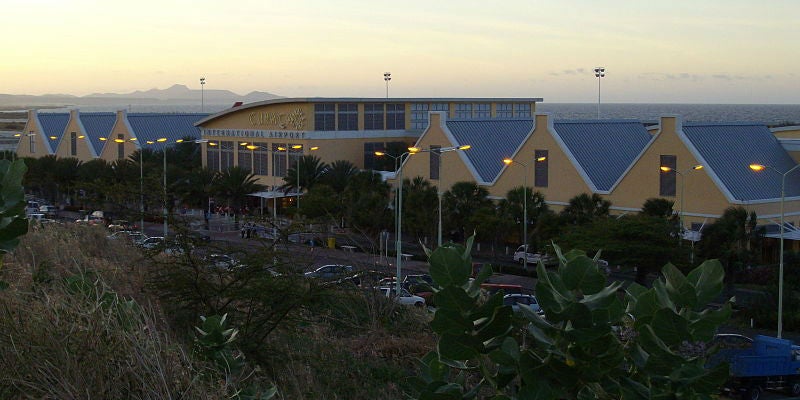 Located a few miles from Willemstad, the capital City of Curacao Island, in the southern Caribbean Sea, Curacao International Airport is one of the main airports in the Caribbean, and an important passenger and cargo hub for the Southern Caribbean region. It is owned by Curacao Airport Holding (CAH), a state-owned company.

Since 2009, the consortium is led by A-Port, a Brazilian company that develops, invests, manages and operates airports in Latin America and the Caribbean.

In January 2016, the CAP embarked on a new project at the airport by breaking ground for the terminal expansion project, which is a crucial component of the Airport Expansion Plan 2015-2018. The project will expand the airport’s capacity to 2.5 million passengers a year, from the current 1.6 million.

The expansion is scheduled for completion in April 2018.

Besides increasing the passenger handling capacity of the airport, which is required to accommodate the forecast growth, the expansion supports the continued growth and development of the air transport market in Curacao. It will enhance the passenger experience at the airport and position it as a competitive airport in the Caribbean region.

It will also stimulate the country’s economy by providing operational and business atmosphere.

The expansion project has been planned and designed in accordance with the standards and guidelines recommended by the International Civil Aviation Organization (ICAO).

It will double the space in the airport waiting area and add new facilities that enhance the passenger comfort and experience. Shopping and gastronomy offering will also be increased. The passenger hold-room area in the terminal building will also be doubled in space.

A new arrivals corridor will also be added to the terminal in order to improve the passenger flow. Commercial space will also be increased for accommodating the new and expanded facilities and to create new retail and food & beverage (F&B) concessions.

A new jet bridge to accommodate large commercial aircraft such as the A380-class will also be constructed to reduce the aircraft turn-time and improve the connectivity.

Financing for the terminal expansion project

The CAP is investing $25m for the airport expansion that is said to be more than required as agreed in the development operation and maintenance agreement (DOMA). Curaçao Airport Holding is contributing $10m for the project.

The terminal expansion is designed by Corgan Architects with support from Studio Acht, CEC, E&A and Moye Consulting.

“The project will expand the airport’s capacity to 2.5 million passengers a year, from the current 1.6 million.”

Albo Caribbean has been appointed as the general contractor, while CW Matthews Contracting, GEWI, CHS Contracting Company and Indel Contracting are acting as the main subcontractors.

Project management services are being offered by IMD Design Architects in partnership with ICM Consult BV.

Details of the existing terminal at Curacao Airport

The passenger terminal at the airport, opened in 2006, is an international terminal that complies with IATA service level C. It is a modern, spacious, two-storey building spread across 161,458ft². It features a large check-in hall with 34 check-in counters and a baggage claim hall with an automated baggage handling system.

In April 2016, the airport launched a new integrated automated border control system, which is a new self-service passenger clearance solution, at both arrivals and departures areas in the terminal.

A total of eight e-gates, two in the departure hall and six in the arrivals halls, have been installed to enable passengers control their own clearance process. Passengers can authenticate their passport and claim their identity using the e-gates through biometric verification.

Curacao airport features the second longest runway in the Caribbean, which measures 3,410m-long and 60m-wide. Designated 11/29, the runway has asphalt surface and has ICAO Aerodrome reference code, 4E.

Running parallel to the runway is the taxiway Alfa, which is 23m-wide and is surfaced with asphalt/concrete. It is equipped with category 1 (CAT 1) instrument approach system.

All airport facilities comply with the safety regulations recommended by the ICAO.

The airport apron comprises a total of 33 aircraft parking spaces, five of which are for B767/A320 aircraft, two parking positions for B747/A340 aircraft, six for narrow-bodied, less passenger capacity aircraft, five for cargo aircraft, and 15 for general aviation aircraft.

One Works
One Works is an independent design and consultancy firm offering...
SUBSCRIBED