At the end of 1997, Calgary International Airport, in Alberta, Canada, implemented a ten-year development plan to radically improve its facilities. The estimated investment for this plan at the time came to $300m; by 2005 the expenditure on the airport facilities had reached a total of $728m.

Calgary now has a range of up-to-date facilities, which will serve the airport well over the next 20 to 30 years. In August 2004, the airport introduced a $12 airport improvement fee (AIF) for every departing passenger from the airport to help pay for the new facilities.

Construction of the terminal complex cost $375m, roads and parking required $71m and the airfield pavement and buildings required $80m, the remainder was paid as rent for the facilities to the Government of Alberta.

Calgary International Airport has experienced a steady growth in the number of passengers over the last ten years, and has adapted and expanded its facilities to accommodate these numbers. Passenger volumes reached 12.63 million by 2010

The airport is one of only eight Canadian airports that have US Border pre-clearance facilities for international passengers.

The number of flights in and out of Calgary is approximately 250,000 by aircraft movements

Calgary has the potential to become a major inland distribution centre for north-western North America by virtue of its central geographic location and transportation infrastructure.

The main cargo facility for Calgary airport is at apron II, which can handle up to four Boeing 747s. In addition, apron VII is used as a cargo facility mainly for FedEx, Purolator and DHL.

FedEx uses the airport as a hub at the apron VII facility, which has been configured to hold two Boeing 727s and three McDonnell-Douglas MD-11s (used at this capacity since November 2004).

Purolator also has a cargo facility in the northwest corner of the airfield next to apron VII.

November 2007 has seen the start of construction at apron VII to give seven new parking pads including three for Purolator and DHL and four for FedEx. In addition UPS has started the construction of a new logistics centre, including an apron, which is directly southeast of the existing FedEx facility.

Calgary International Airport terminal has four concourses – A, B, C and D – and these have undergone some major upgrades and construction during the period of the development plan.

Concourses B and C handle international and cross-border flights using swing gates to swop between flights to the US and internal Canadian flights, while A and D handle domestic traffic. The widening of concourse C officially opened in December 2004. The B/C concourse was also widened during 2005.

During 2005, the runways and taxiways also completed a programme of improvement and upgrading. The Taxiway Hotel now connects concourse D with the main taxiway, Charley, which improves the traffic flow for apron I. The airport has 33 passenger loading bridges.

The $160m concourse D addition, which was part of a three-year, multi-phase expansion to the north end of the original terminal, opened in December 2002.

“Calgary International Airport terminal has four concourses – A, B, C and D.”

Two other projects were completed in 2003. The first of these was the taxiway J extension to improve the efficiency of aircraft movements to and from the terminal gates on the east side of concourse A.

The second project involved the development of a groundside transportation system. Among the facilities incorporated in this were an employee parking area, a second administration building, over-height parking, a car park exit toll plaza, a taxi staging area, valet parking, a petrol station and a car wash.

Ca;gary International Airport has three runways covering 472,000m2. Runway 16-34 (3,863m) is the longest runway in Canada. This can be attributed to the relatively high elevation (3,556ft/1,083m) of the airport and the need to support the largest passenger aircraft types. The two other runways, 10/28 and 07/25, are intersecting runways and are both used as relief runways at various times during operations.

Aircraft require more distance to take-off at higher elevations, because of the reduced air density associated with altitude. There is a plan (2004 masterplan) to build a parallel runway east of the airport (16L-34R) to accommodate more air traffic as the airport becomes busier (plans were first made for the new north south 16L-34R parallel runway over 30 years ago).

In January 2011, the airport authority announced its plan to develop a 4.2km runway, the longest in Canada. The runway, which will be double the size of the international terminal, will increase the flight movements from 250,000 to 300,000. The C$620m runway will be ready by 2014, and will be located to the east of the terminal.

Associated Engineering was awarded the contract for the design and construction administration of the two taxiways and the groundside transportation system. UMA Projects, in a joint venture with PB Aviation, planned the development project.

The contractors for the development of the airport’s paging and flight information display system was Emergent Systems Corporation from Burnaby and MC².

“In 2004, Calgary International injected $2.8bn into the local economy.”

EllisDon was the general constructor for most of the construction contracts particularly on concourse D. Can West Concrete Cutting and core drilling were involved in the airport apron expansions from 1997 to 2004.

The Cohos Evamy Partnership and NBBJ Architects, Seattle, Washington were responsible for the design of concourse D. For the concourse B/C modifications Conforce Structures precast prestressed concrete was used. The work was carried out by a PCL-Maxam Joint Venture (PCL Construction Management Inc and Maxam Contracting).

In 2004, a new 20-year masterplan was produced, which deals with further improvements in airport facilities including: 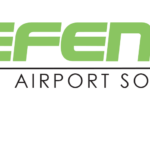