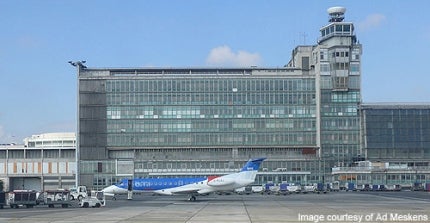 The airport acts as a hub for domestic and international airlines such as Brussels Airlines, European Air Transport, Jet Airways, Singapore Airlines Cargo and Saudi Arabian Airlines Cargo. It handled 23.5m passengers and 489,303t of cargo in 2015. The number of aircraft movements recorded during the year was 239,349.

Brussels International Airport was attacked by ISIS in March 2016, leaving 32 people dead and more than 200 injured.

The arrival and departure areas are located on levels 2 and 3 respectively. The arrival hall features information desks, a baggage claim area, a post office, a currency exchange, gift shops, eateries and ATM centres.

Conference facilities, which can accommodate 1,500 people, are located in the sky hall reception room in the arrivals hall. The departure hall features concourses A and B. Duty-free shops and information desks are at both the concourses.

The terminal has fax machines, data ports and vending machines. Wi-Fi is also available at the terminal, but the service is charged. The terminal has a large duty-free outlet and a storage area to accommodate heavy luggage.

Redevelopment of the old terminal at Brussels airport

The old terminal building at Brussels International Airport is being redeveloped under a project called the Gateway Project. The renovation will convert the U-shaped terminal into an enclosed office complex.

Codic was contracted in September 2012 for the redevelopment project. Construction on the renovation began early in 2014, and is scheduled for completion by the end of 2016. Jaspers and Evers is the architect for the project.

The resulting office building will be 400,000m² in size, and features office and meeting spaces, as well as conference facilities. The project is expected to cost $130.51m.

In 2013, DELOITTE entered into an 18-year agreement to utilize the ‘Gateway’ building. Befimmo purchased the building from Codic and Immobel in March 2015.

Brussels Airport launched the Connector Project in 2013. The $81.45m project involved the construction of a new building to link the passenger terminal to Pier A. The new building replaced the current tunnel.

A new protocol building was opened at the airport in June 2015. It features a royal room, various lounges, meeting rooms and relaxation areas. The departures hall was reopened in May 2016.

The new control tower at the airport has been operational since December 2004 and is located 500m from the national air traffic control centre (CANAC).

The tower is mounted on a trapezoidal building, which covers an area of 3,500m². Construction of the tower required 820t of reinforcement and 105t of metal structure.

The air traffic controllers manage take-off and landing movements within a radius of 20km around the airport.

Numerous transportation facilities such as limousine, shuttles and taxis operate to and from the airport. Public bus facility is also available.

"The railway station lies at level 1, under the airport building."

A separate fenced off road provides access to bikers and pedestrians to the airport. A fenced off cycling track is available for cyclists to directly reach level 0 of the terminal.

A railway link with Leuven connecting the airport was opened in December 2005. The railway station lies at level 1, under the airport building.

Another rail link via Diabolo line was opened in June 2012. The train station is located below the terminal.

Baggage handling and other airport systems

A new baggage sorting system covering a length of 200m was installed between the terminal and Pier A in August 2012. The new $52.25m system has reduced the risk of baggage theft or mishandling of baggage.

DHL opened a $35.27m logistic centre at the airport in March 2013. The logistics facility is located at Brucargo, the cargo area of the airport. The new DHL logistics centre covers an area of 54,000m² with 23,000m² of warehouse space. It also has a 1,750m² temperature-controlled area.

Paris-Orly Airport, spread over 3,700 acres, is located 14 miles (22.5km) away from the city of Paris in France. When opened in 1932 it was named as Villeneuve-Orly Airport.

OMK Design
OMK are global market leaders in the design, manufacture and...