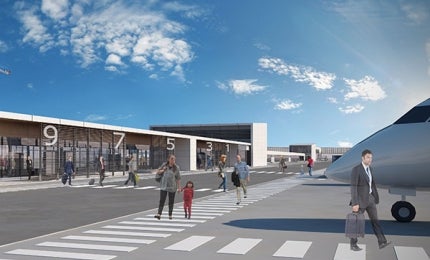 Brisbane Airport, Australia’s third biggest airport and the premier gateway to Queensland, is getting ready for its biggest redevelopment and expansion project since its opening in 1988.

The airport’s operator Brisbane Airport Corporation (BAC) is planning for a $100m redevelopment and expansion of the domestic terminal building (DTB) Northern precinct and surroundings. The expansion project aims to meet the anticipated increase in traffic and facilitate low-cost carrier operations in the future.

The redevelopment and expansion programme includes the construction of a new regional satellite terminal featuring holding lounges, multiple boarding gates, new aircraft parking bays, aprons and taxiways, which will be built in accordance with the airport’s long-term master plan.

"The expansion project aims to meet the anticipated increase in traffic and facilitate low-cost carrier operations in the future."

Scheduled to begin in mid-2015 and complete in mid-2017, the project is awaiting approval from the Australian Government.

Objectives of the expansion project at Brisbane Airport

In order to handle the forecast demand, a new satellite terminal was proposed, which would ensure the growth of regional flights and help reduce the functional pressures of providing additional operational capacity within the existing domestic terminal building.

The expansion is expected to help increase the capacity of the scheduled services from the airport and thus improve the timeliness of both arriving and departing airlines. The airlines will enjoy more boarding capacity while the passengers can board faster.

Extra space will be created for the aircraft layover parking, which will increase business opportunities for the existing users of the domestic terminal building.

The $20m satellite terminal will function as a holding facility for passengers before boarding and hence will not include facilities for the processing of passengers or transfer baggage. It will be located within the airside operational area, approximately 300m north of the northern end of the existing domestic terminal.

It will be a single-storey, standalone building with approximately 2,000m² of ground floor area for passenger lounge areas, food and beverage, retail tenancies, amenities, service areas and offices. It will feature a remote holding lounge for passengers processed from the domestic terminal.

A new ground-level walkway of approximately 1,885m² that connects to the existing domestic terminal will be built after six months of the completion of the satellite terminal. Until then, passengers will be transferred to and from the terminal by a dedicated bus service.

The satellite terminal will be supported by the expansion of the surrounding apron and the creation of 16 new aircraft boarding gates for passenger departures and arrivals, suitable to service regional and Code C Jet aircraft.

The existing apron at the airport will be expanded with an investment of $62m. The first stage of the expansion includes construction of 80,000m² of new apron pavement towards the north-east of the existing terminal, new aircraft taxiways and new Code C aircraft parking bays that will accommodate 11 B739 aircraft or 15 regional aircraft.

The apron expansion will enable the airport to meet the forecasted demand up to 2019. Construction work is scheduled to take place between January 2016 and mid-2017.